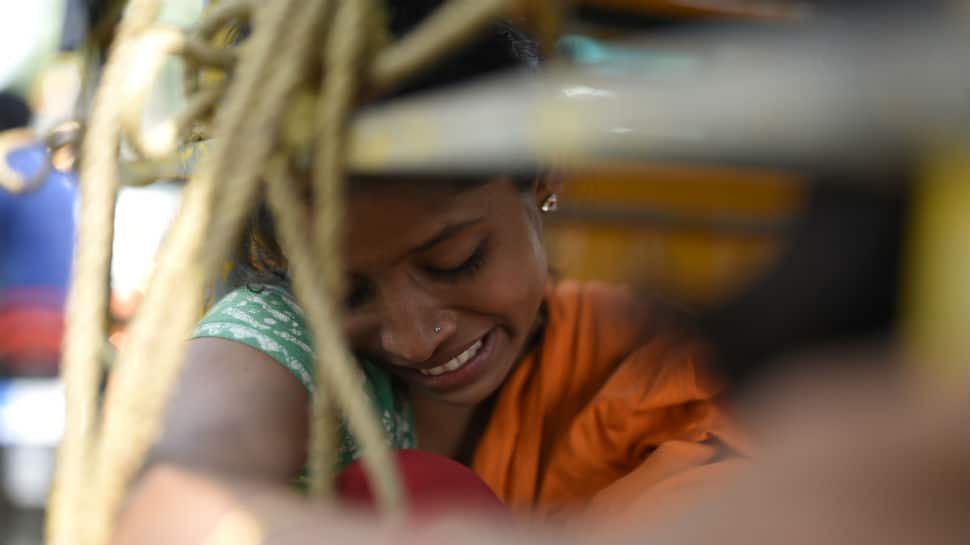 A girl mourns for her mother's death due to Cyclone Fani in Odisha (Image courtesy: ANI)
Share:
Written By:

Bhubaneswar: The death toll in Cyclone Fani rose to 29 on Sunday, news agency PTI quoted an official from the Odisha state department as saying. In Puri alone, the cyclone has claimed 21 lives.

On May 3, the extremely severe Cyclone Fani barrelled through coastal Odisha, causing widespread destruction. It made landfall at Puri with gusting winds and copious rain, which blew away thatched roofs of houses, swamped towns and villages. Puri was worst hit due to Cyclone Fani.

Odisha Chief Minister Naveen Patnaik on Sunday announced a relief package for those affected by the calamity. He said that all families in Puri and in those parts of Khurda, which had been "extremely severely affected" in the storm, will get 50 kg of rice, Rs 2,000 in cash and polythene sheets if covered under the Food Security Act (FSA).

For the rest of Khurda district -- categorised as "severely" affected -- the FSA families will get a month's quota of rice, Rs 1,000 in cash and polythene sheets, Patnaik added.

Those living in the "moderately-affected" districts of Cuttack, Kendrapara and Jagatsinghpur will be eligible for a month's quota of rice and Rs 500 in cash, he said.

According to a state government official, Prime Minister Narendra Modi is likely to visit Odisha to review the situation. PM Modi spoke to Patnaik on Saturday and assured continuous support from the Centre for the rehabilitation work, PTI reports.