McGregor was arrested in Miami Beach last week after a fan said that he smashed his phone and walked off with the shattered remains. 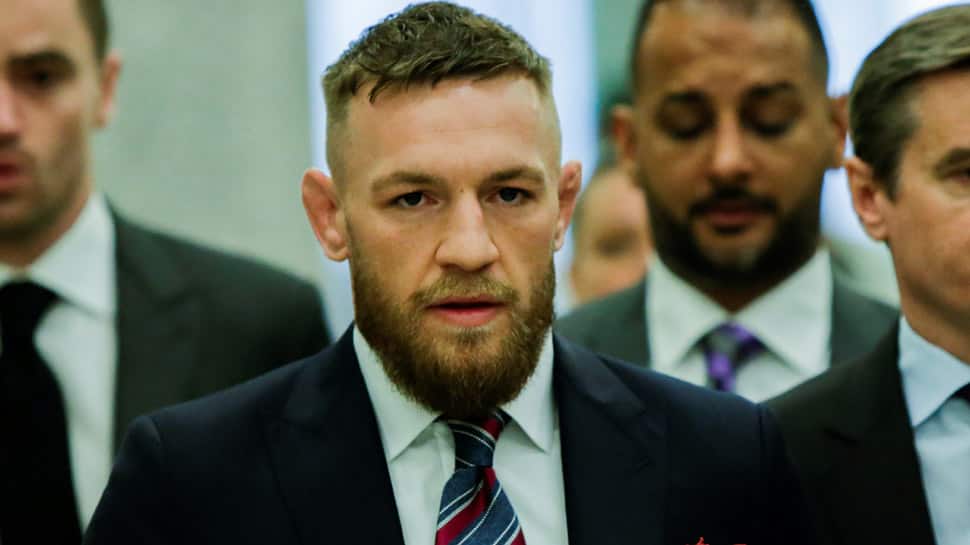 Actor Sylvester Stallone says that he believes Conor McGregor is at a crossroad in his life after the MMA fighter's latest arrest and an earlier loss to Khabib Nurmagomedov.

"If he can't overcome his fear and beat this man, I think it'll plague him for the rest of his life," Stallone, a minority owner of the UFC, told TMZ Sports.

McGregor was arrested in Miami Beach last week after a fan said the Irish mixed martial arts fighter smashed his phone and walked off with the shattered remains, according to police records.

He was booked on suspicion of robbery and criminal mischief and later released on bond.

Nurmagomedov retained his UFC lightweight title with a submission victory over McGregor in October, after which a brawl broke out with members of the Russian's support team arrested.

72-year-old Stallone, famous for his action roles including boxer Rocky Balboa, said McGregor should tell himself, "Okay, I've gone through a very rough time. I've been somewhat publicly humiliated. I'm at a crossroad in my life. I have to overcome an incredible opponent who seems invulnerable."

Stallone added he would like to see a rematch between McGregor and Nurmagomedov.

"This is a crossroad in his life. This is probably the most important one because if he doesn't live up to his ideal, if he can't overcome his fear and beat this man, I think it'll plague him for the rest of his life," Stallone said of McGregor.

Neither McGregor or a spokesman could be reached for immediate comment.

The fighter was charged in April 2018 with three counts of assault and one count of criminal mischief, after police said he attacked a charter bus in New York carrying UFC fighters. He later pleaded guilty to a reduced disorderly conduct charge.

Mary Kom targeting boxing gold as she prepares for 2020 Olympics