Six-time world champion Mary Kom, who won India's solitary gold medal at the 2017 edition in Vietnam, wants to focus on the World Championships to be held later this year. 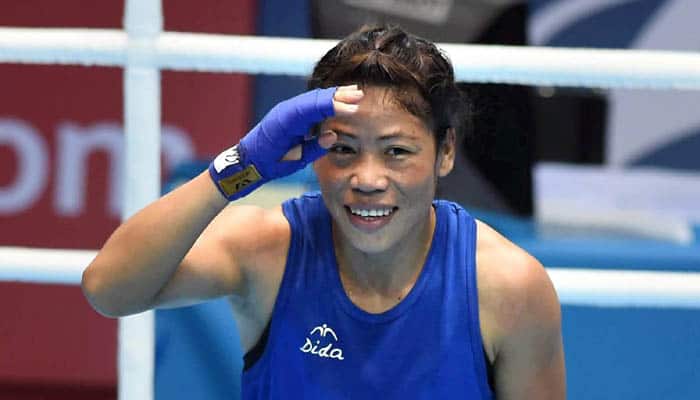 New Delhi: Legendary boxer MC Mary Kom has decided to skip the Asian Women's Championship to prepare for the bigger events ahead and in her absence, world championship silver medallist Sonia Chahal will lead the 20-member Indian contingent at the event, to be held in Bangkok from April 16 to 27.

Six-time world champion Mary Kom, who won India's solitary gold medal at the 2017 edition in Vietnam, wants to focus on the World Championships to be held later this year.

A lot of talented youngsters has made it to the team on the basis of the three-day trials held at the Indira Gandhi Stadium. A total of 46 boxers appeared in trials.

While Nikhat defeated Pinki Rani 4-1 to secure the pole position in the final of the trial in the 51kg, Pinki will be the reserve.

Nikhat began the season in scintillating fashion by clinching the gold medal at the Strandja Memorial boxing tournament and will look to carry forward the momentum.

Young Haryana pugilist Nitu, a two-time youth world championships gold medallist, is a bright prospect in the 48kg and will look to do justice to her selection after blanking Manju Rani 5-0.

The 54kg challenge will be led by her state-mate and World Championship quarter-finalist, Manisha, a gritty 3-2 winner over Strandja Memorial Boxing Tournament gold medallist Maisnam Meenakumari.

Sonia will represent the country in 57kg following a decisive 5-0 win over Sakshi in the final trial.

In 60kg, veteran Sarita beat Parveen 4-1 and will be making her comeback after losing narrowly in the pre-quarter-finals at last year's World Championships.

India's hopes in 64kg will rest on Punjab's Simranjit Kaur and Assam's Lovlina Borgohain, bronze medallist in 2017, will be the one to watch out for in 69kg.

Haryana boxers Nupur and Pooja Rani secured their berths in the 75kg and 81kg respectively.

Nupur conceded a point to beat Pooja 4-1 while Pooja Rani ran away with a commanding 5-0 win over Nandini.

Experienced boxer, Seema Poonia will be vying for the title in the 81+kg category following a 4-1 victory over Kavita Chahal.

After seven successful editions, the women's competition will be held simultaneously along side the men at the Asian Championships for the very first time.

In the last edition, the Indian women grabbed a total of seven medals, including one gold, one silver and five bronze.