The 20-year-old freestyle swimmer was withdrawn from the team days before the championships in Gwangju, having tested positive for Ligandrol, a banned anabolic agent, in an out-of-competition test on June 26. 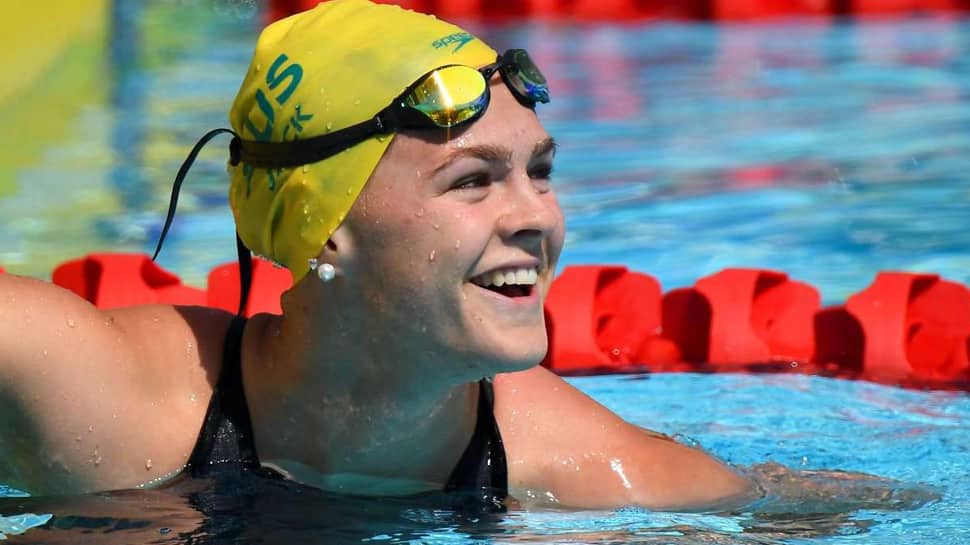 Australian swimmer Shayna Jack said on Friday she would fight to clear her name in the wake of a positive drug test that embarrassed the nation`s swim team at the recent world championships.

The 20-year-old freestyle swimmer was withdrawn from the team days before the championships in Gwangju, having tested positive for Ligandrol, a banned anabolic agent, in an out-of-competition test on June 26.

Facing a mandatory four-year ban, she claimed on social media that she did not know how the substance entered her body. After a briefing with Australian Sports Anti-Doping Authority (ASADA) officials in Brisbane on Friday, Jack said investigations were underway to clear her.

"We`ve started the process which is really great," she told reporters."I`m really happy with how everything`s going and I`m not going to stop until I prove my innocence and fight to get myself back in the pool because that`s my dream and I`m never going to let that go."

Jack, a member of Australia`s 4x100 metres freestyle relay team which set the world record at the Commonwealth Games in the Gold Coast last year, reiterated her claim that she did not know how the drug entered her body.

"It`s still ongoing investigations, we can`t clear that with anyone at the moment. We`re still looking into it but we`re not going to let any stone unturned," she said.

Jack revealed her drug test on social media in the final days of the world championships, embarrassing the team after compatriot and Olympic champion Mack Horton declined to share a podium with Chinese swimmer Sun Yang in an act of protest.

Sun, who served a three-month doping ban in 2014, was competing under a cloud at Gwangju, with the World Anti-Doping Agency seeking to review a decision which cleared him of wrongdoing after an aborted drug test last year.

SA claimed they were bound by a confidentiality agreement with ASADA. Jack said she had agreed with SA not to disclose her case earlier. "To be completely honest, SA has been nothing but supportive and we`ve been a unit through the whole process," she said.

"Every decision we`ve made has been made together ... We were a unit and it was a team effort the whole time," she added.

Jack could be issued a maximum suspension of four years by ASADA but the length of the ban could be reduced under mitigating circumstances. Jack`s lawyer said they expected further "correspondence" from ASADA in four-six weeks.

"She has been very honest to date, which she doesn't have to be," the lawyer signed off.