The Queenslander, who won Olympic 100 meters hurdles gold at the 2012 London Games and the world title in 2011 and 2017, succumbed to the series of injuries that have blighted her career in recent years. 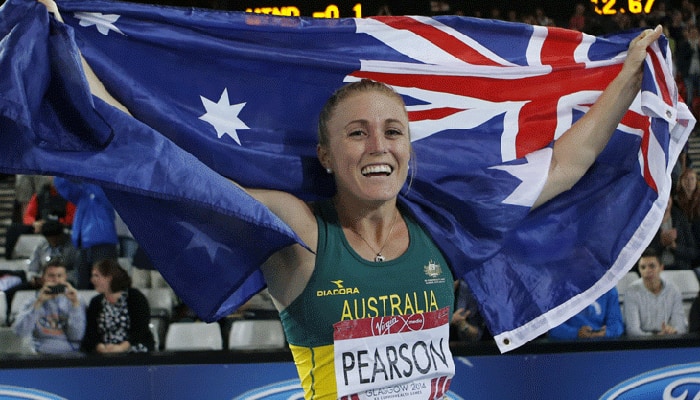 Sydney: World and former Olympic champion high hurdler Sally Pearson, Australia`s most successful track athlete of her generation, gave up on her bid for a swansong at the 2020 Tokyo Olympics and retired on Tuesday.

The Queenslander, who won Olympic 100 metres hurdles gold at the 2012 London Games and the world title in 2011 and 2017, succumbed to the series of injuries that have blighted her career in recent years.

"I have prided myself on always being on the start line ready to win. I no longer believe I can achieve this," the 32-year-old said in a news release.

"It is therefore with much regret that I have come to the conclusion that it is time to retire from this phase of my life and move on to the next."

Pearson grew up on the Gold Coast and was initially an international prospect in both the hurdles and the flat 100 metres sprint. She got big her breakthrough with the hurdles silver medal at the 2008 Olympics and was named IAAF female athlete of the year after securing her first world title at Daegu in 2011.

She dominated the 100 metres hurdles in the year running up to the London Olympics and swept to victory in 12.37 seconds, a Games record, to firmly establish herself among the world`s elite.

One of a trio of American challengers to her supremacy, Brianna Rollins, kept her to a silver at the 2013 worlds and a horrific injury sustained at the Rome Diamond League meeting in 2015 prevented her from competing to get it back.

After the fall in Rome, Pearson feared she might have to have her lower arm amputated with doctor`s describing the injury as a "bone explosion" in her wrist. She battled back from that injury but was bedevilled by calf and Achilles problems and ultimately prevented from defending her Olympic title in Rio by a torn hamstring.

In testimony to her mental toughness, she was back on the big stage at the 2017 world championships in London, where she reclaimed the title in 12.59 seconds.

More injuries followed, though, with an Achilles issue cruelly robbing her of the chance to race at the 2018 Commonwealth Games in her home city.

Another hamstring injury put in doubt her world title defence in Doha later this year and on Tuesday she finally gave up on her dream of running at the Tokyo Olympics next year.

'The Rock' announces retirement from WWE