The Indian team defeated hosts Japan 3-1 in the final match of the tournament. 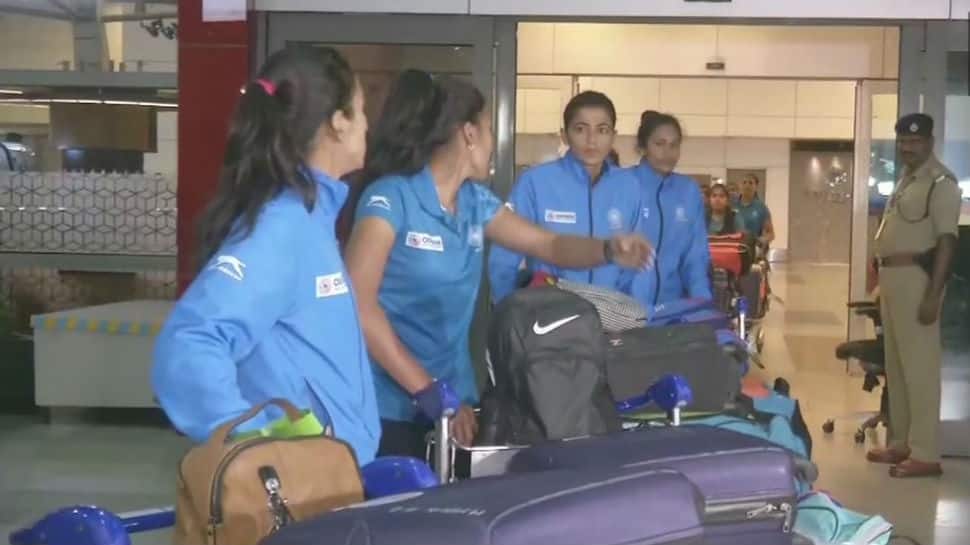 The Indian women's hockey team received a warm welcome back home on Monday night after their triumph in Hiroshima where the players defeated hosts Japan to win the  FIH Women's Series Finals.

The players arrived at Delhi's Indira Gandhi Airport where several fans and members of the media applauded their efforts in Japan.

The Indian team defeated Japan 3-1 in the final match of the tournament on Sunday at the Hiroshima Hockey Stadium. While drag-flicker Gurjit Kaur slammed two goals in the match, it was captain Rani Rampal who had given the team an early lead. India managed to grab the bulk of ball possession and while Japan did manage to pull one back, remained in control for most parts of the match.

Rani had been in superb form throughout and was adjudged the player of the tournament. Gurjit was the top-scorer.

Ranked ninth in the world, the Indian women's team has shown a gritty spirit and had already secured a place in the FIH Olympic Qualifiers 2019 when they made it to the summit clash of FIH Women's Series Finals. And the eventual triumph in the tournament was lauded by many, including Prime Minister Narendra Modi who called it an 'exceptional outcome.'

It has been a fantastic past few days for Indian hockey with the men's team defeating South Africa in the summit clash of FIH Series Finals in Bhubaneshwar recently.