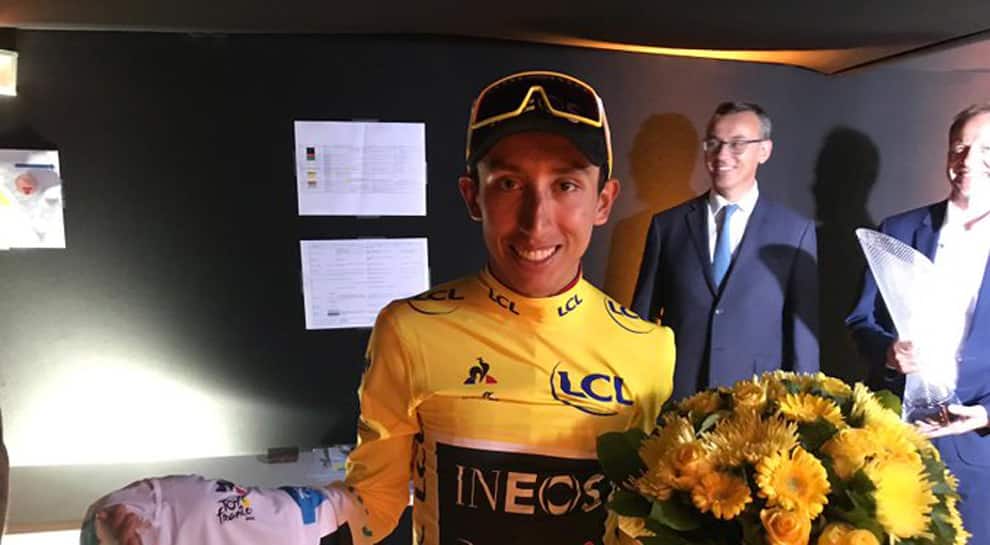 22-year-old Bernal passed the throng of fans and reached the finish line alongside his Ineos team-mate and last year's winner Geraint Thoma to not only clinch his first Grand Tour victory in only the second three-week race of his career but also become the youngest Tour champion since Francois Faber (22 years, 187 days) in 1909.

After making a top-place finish at the Champs Élysées, Bernal described the victory as 'unbelievable'.

“Today I am the most happy guy in the world. I just won the Tour de France and I can’t believe it," Bernal was quoted by the Guardian as saying to ITV4.

Heaping praise on Bernal, Dave Brailsford, the Team Ineos principal, said that the Colombian status in cycling will change after this win.

“His status in cycling has changed now. He came into this race and it was ‘Geraint and Egan’, whereas now I think people will perceive him and ride against him in a different light. Geraint Thomas drew a lot of attention and that allowed Egan to go under the radar a little bit," Brailsford said.

While Bernal clinched the overall victory in the 23-day race, Caleb Ewan (Lotto Soudal) won stage 21 of this year's Tour de France by beating Dylan Groenewegen (Jumbo-Visma) on the Champs-Elysées in Paris.