Johnson and Li entered the final day's play tied on 16-under at the top of the leaderboard. 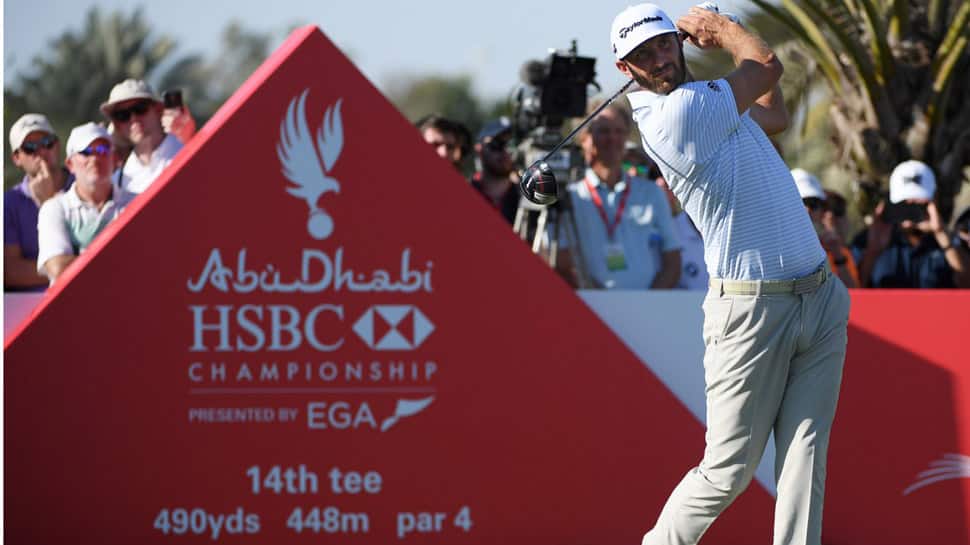 Johnson and Li entered the final day's play tied on 16-under at the top of the leaderboard. The American struck five birdies along with two bogeys to sign for a 67 in his final round and end the week on 19 under par.

Li, who edged a stroke ahead of Johnson before the turn but fell back after three bogeys on the back nine, settled for second place after carding a one-under-par 69 in his final round in King Abdullah Economic City.

Englishman Tom Lewis, who began the day by making five birdies in a row, finished third after signing for a 65 in his last round at the Royal Greens Golf and Country Club.

"It feels really good. Any time you can win a professional golf tournament, no matter where it is in the world, it's a big win. I'm honoured to be the champion and I'm very pleased with the win," Johnson said.

He added, "The things that I've been working on are working and I've still got a lot of room for improvement. I'm very pleased with where the game is at. To get a win here, gives me a lot of confidence for the rest of the year."

Both players bogeyed the par-four 10th hole, but Johnson made consecutive gains on the 11th and 12th to edge back in front.

Back-to-back errors from Li on the 13th and 14th holes allowed Johnson to extend his advantage to three strokes, but Li closed the gap with another birdie on the 15th.

A poor tee shot on the 16th saw Johnson's lead pared back to one stroke once again after the American was forced to take a drop, but he tapped in a birdie from close range on the 17th to give himself some breathing room with one hole to play.

Li had ended his third round with an eagle, but could not repeat the feat in the final and Johnson sealed victory after both players birdied the final hole.

"On the back nine, just a little bit off, and wasn't my best over there today again. But I learned a lot. I think he deserved to win this event," Li said.

Johnson's first European Tour win outside of Major Championships and World Golf Championship events moves him to solo fifth on the list of American winners on the European Tour after Tiger Woods, Phil Mickelson, Jack Nicklaus and Tom Watson.