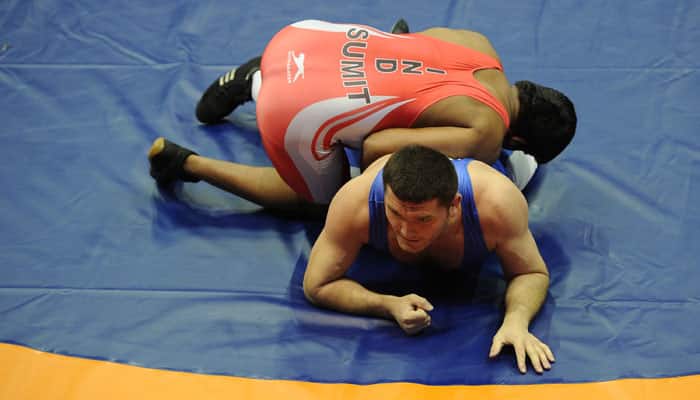 New Delhi: Indian coach Kripa Shankar Bishnoi has sent a list of three suggestions to the United World Wrestling (UWW) regarding changes in all weight categories.

The UWW will discuss the proposed changes with the International Olympic Committee (IOC) in this regard during the senior world wrestling championship scheduled to be held in Paris from August 20 to 27.

In addition, the global governing body of the sport is also expected to take a decision to increase existing eight weight categories to 10 in all UWW competitions, including the world and continental championships, World Cup and Golden Grand Prix events.

During the meeting, the UWW bureau members will vote on new categories for senior and cadet level wrestlers. Once approved, the new weight calories will become effective from January 1, 2018.

According to a statement, Arjuna Award winner Kripa Shankar Bishnoi has suggested adding 50 kg and 55 kg categories in male freestyle and Greco-Roman style.

"United World Wrestling has decided to end the small weight class. If this happens, then the medal table of the countries of Asia, including India, will also be affected. Because the Asian wrestler is better in small weight groups. Small weight group has also been advised to give place," Bishnoi said in a statement.

The former India star, who now coaches the Indian Railway wrestling team, pointed out in his second suggestion that during Greco-Roman bouts, the referee gives a warning to the wrestler whom he perceives to be defensive. After two warnings, one point is awarded to the opponent wrestler.

Bishnoi suggested that the errant wrestler should be given 30 seconds of active time to earn a point like free-style wrestling.

"If this rule applies to Greco-Roman wrestling, then the referee`s favour and monopoly will end," Bishnoi said.

In his third suggestion, Bishnoi said the role of print media and electronic media is important in promoting and creating a positive image for a sport.

According to the existing rules, one weight contest ends in one day. On that day the gold medal, silver medal and bronze medal are distributed to the players.

Bishnoi said that all the bouts of an entire weight category should not be completed in a single day and it should be held over two or three days as is done in boxing.

"By doing this, wrestling games and winning wrestlers will receive media publicity for more than one day. This will also increase the popularity of wrestling sports," Bishnoi asserted.