Returning to action after a three-week gap, India's Aditi Ashok shot 71 and 68 to open her campaign in the LPGA Shoprite Classic at Galloway. 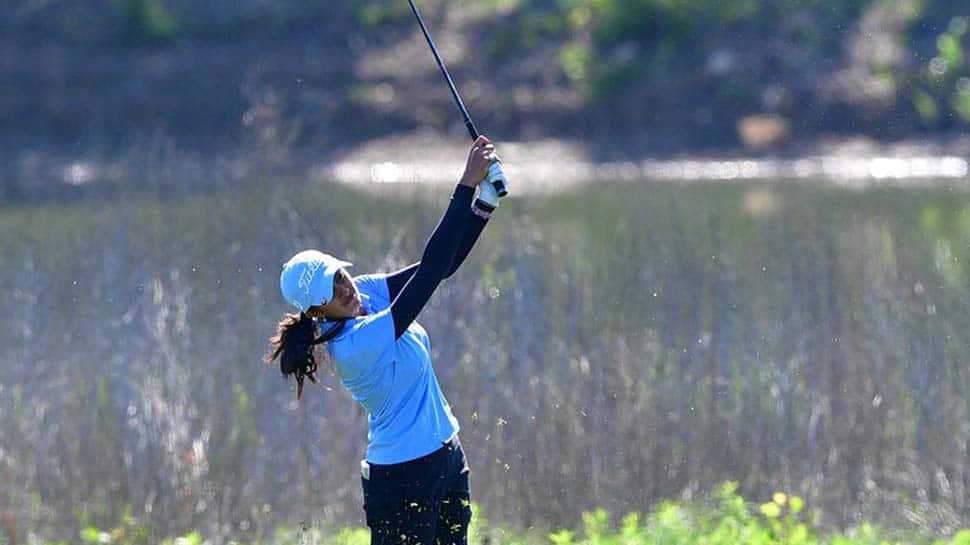 Galloway: Returning to action after a three-week gap, India's Aditi Ashok shot 71 and 68 to open her campaign in the LPGA Shoprite Classic at Galloway.
Aditi, with a total of three-under 139, is tied 34th.

India's top star by a long distance, Aditi has been in good form as she finished inside top 7 in last two starts at the LPGA Volunteers of America LPGA and LPGA Mediheal.

Aditi, who is ranked 70th in the world and is positioned well at 47th in the CME Ranking of the LPGA, had four birdies against four bogeys to shoot even in first round.

In the second round, Aditi dropped a shot early on the first hole, but thereafter birdied eighth, ninth, 15th and 18th to score 68.

While she found only six fairways in first round, she found 13 on the second day. But she putted extremely well on first day with just 22 putts and on second day, she needed 28.

Kim was 10-under for the tournament with three holes left when play was suspended because of darkness. She came back and birdied two more in last three for a stunning 11-under 61 that included five on a row from 15th to first.

She began the day with a birdie on 10th and 12th and dropped her only shot of the day at 14th. She birdied five in a row and then added four more in last seven holes.

Herbin, a biochemical engineer, who quit her job to be a pro golfer at 27, has made the cut in just five of 11 tournaments prior to this week. She shot identical 66 in the first two rounds.