Have been focussing on circle penetration, more shots at goal: Mandeep Singh

The 24-year-old Mandeep scored a hat-trick in India's 7-3 win over Canada in their fourth round-robin league match on Wednesday to seal the five-time winner's place in the summit clash against Korea. 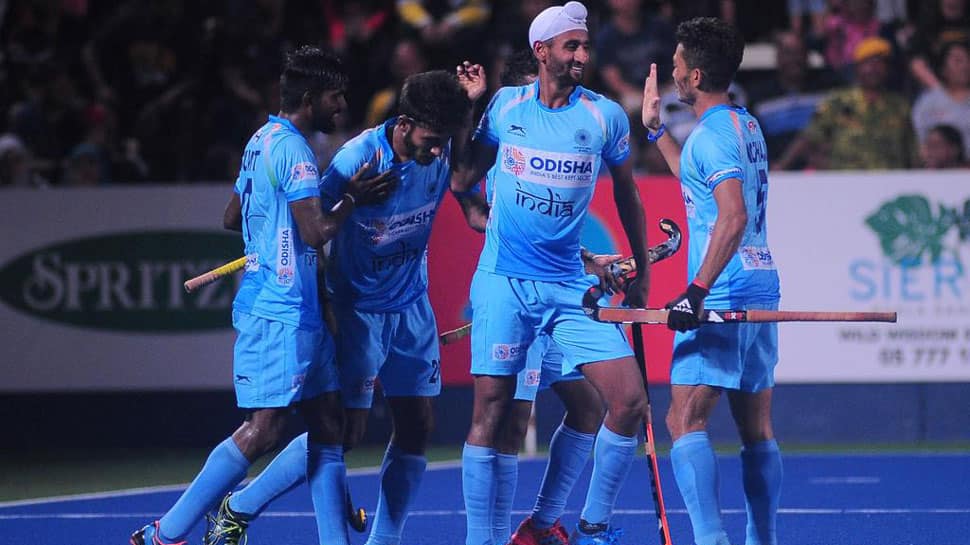 India has pumped in 14 goals in four matches in the ongoing Sultan Azlan Shah Cup and young striker Mandeep Singh on Thursday said that the team is focussed on frequent circle penetrations, which in turn will lead to more shots at goal.

The 24-year-old Mandeep scored a hat-trick in India's 7-3 win over Canada in their fourth round-robin league match on Wednesday to seal the five-time winner's place in the summit clash against Korea.

"We have tried to improve as a unit. Being a part of the forward line, I feel we have focused on making more circle penetrations, getting more shots on target, and regaining possession quickly. If we can execute these things in the next two matches, I am sure we can finish with a gold medal," Mandeep said.

"We have had a good tournament so far as we have 10 points from four matches, but of course we would have liked to get all 12 points on the board," he said ahead of India's final league match against Poland on Friday, which has been rendered inconsequential.

India and Korea, the top two teams in the league tables with 10 points each, have qualified for Saturday's final with a match in hand.

Both India and Korea are unbeaten in the tournament so far, with three wins and a draw, and they had played out a 1-1 draw in their league match on March 24.

"We know Korea are a strong side, but we are doing everything to minimise any errors in our game. It is going to be our first final of 2019, and we are very well prepared to face them in the final," said the player from Punjab.

"We have learned a lot about them (Korea) from the 1-1 draw in pool stages, and I feel tomorrow's match against Poland will also give us a chance to prepare well for the final."

The young striker has scored five goals in four matches, including the hat-trick against Canada on Wednesday. However, Mandeep believes that the credit goes to his team-mates for creating opportunities for him.

"I think the job of a striker is the easiest when you are in good form, and right now I feel like I am playing well. Credit for my goals obviously goes to my team-mates who created the opportunities and space for me to do my bit," he said.

"My focus during the matches is always on positioning myself correctly so that whenever there is a chance, I can make the most of it by converting it into a goal for my team," said Mandeep.