The 23-year-old from the national capital has climbed four places to reach the 47th spot in the latest rankings released on Wednesday. 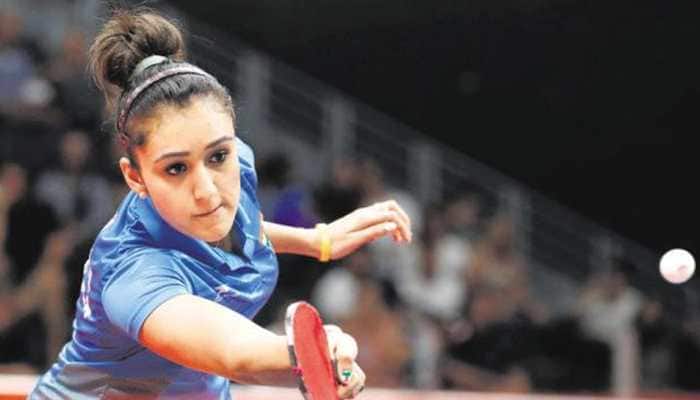 Indian table tennis star Manika Batra has become the first player from the country to break into the top 50 of the  International Table Tennis Federation (ITTF) world rankings.

The 23-year-old from the national capital has climbed up four places to reach the 47th spot in the latest rankings released on Wednesday.

Ecstatic with her achievement, Batra took to her official Twitter handle and wrote, "Delighted to be the first Indian woman to break into the top 50 of the @ittfworld rankings. Will continue to work harder than ever... Thank you everyone for your support."

Sathiya too took to his social media to express his pleasure.

"Record Breaking Feat!!
Really happy to share that I became the first ever Indian Table tennis athlete to break into the World top 20’s with my career high WORLD RANKING of 28 in the latest @ittfworld WR list !! @ttfitweet @Ra_THORe @Media_SAI @GoSportsVoices @RamanS22905417, "he tweeted.

Meanwhile, veteran table tennis player Sharath Kamal dropped three places to stand at 33rd position. It is to be noted that the Sharath has recently been conferred with Padma Shri, the country's fourth highest civilian award.

In 2018, India experienced a historic season as the men's table tennis team ended their 60-year-long wait to clinch their first medal at the Asian Games. Sharath and Batra, on the other end, also joined forces in Jakarta to bag a second bronze medal for India.