Karanjit Singh to double up as goalkeeping coach at Chennaiyin FC

The club is entrusting him with the additional responsibility while acknowledging his technical acumen as a custodian and the crucial role he has played in their achievements over the years. 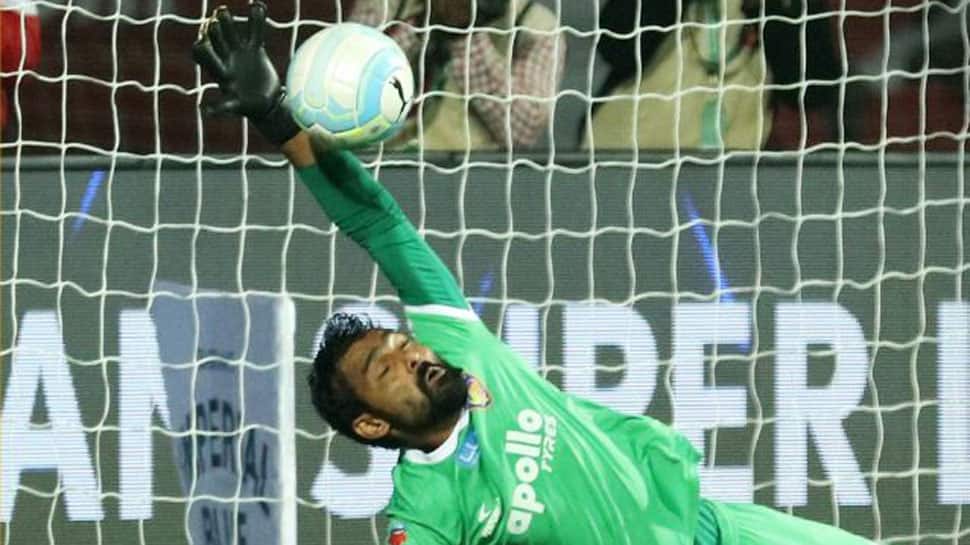 Chennaiyin FC (CFC) on Saturday announced that goalkeeper Karanjit Singh has signed a one-year contract extension with the Indian Super League (ISL) club. In addition to his goalkeeping duties, the 33-year-old will step into a new role as CFC goalkeeping coach for the upcoming season.

The club is entrusting him with the additional responsibility while acknowledging his technical acumen as a custodian and the crucial role he has played in their achievements over the years.

Having joined CFC in 2015, two-time ISL winner Karanjit will step into his fifth season with the club.

"I am very happy to continue with the Chennaiyin family, which has been a home away from home for me over the years. I am glad the club has entrusted me with the added responsibility of goalkeeping coach along with my primary goalkeeping duties, and I look forward to delivering on both fronts. The supporters can be rest assured that we will give our everything to help CFC taste success again," Karanjit said.

With 61 appearances in all competitions so far for CFC, the former India goalkeeper stood out in CFC's 2017-18 title-winning campaign with seven clean sheets in 20 games, the highest that season.

Towards the latter part of the previous campaign, Karanjit came into his own with great performances in the Super Cup and AFC Cup matches.

Two-time Olympic medallist Sushil Kumar has no time for negativity