In another game, Utah Jazz sealed a 106-104 win over New Orleans Pelicans. 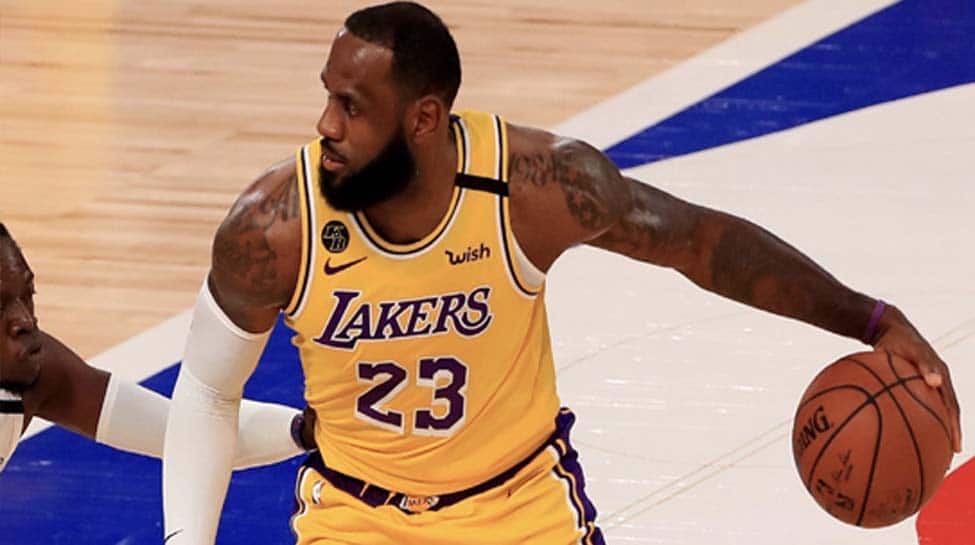 After the game was distrupted due to coronavirus pandemic in March, the National Basketball League (NBA) made a return for the first time with virtual fans in Florida on Friday.

Donovan Mitchell and Mike Conley scored 20 points each for Utah, while Jordan Clarkson notched up 23 points for his side during the first match after resumption.

In another clash of the day, first-placed Los Angeles Lakers defeated LA Clippers 103-101.

LeBron James stealed the show for the Lakers by playing a winning shot with 12.8 seconds left in the game. He finished with 16 points, 11 rebounds and seven assists.

Anthony Davis added 34 points besides grabbing eight rebounds for the Lakers, while Kyle Kuzma added 16 points for the side.

For Clippers, Paul George scored 30 points, but he missed out on a three-point attempt at the final horn.

Meanwhile, the players of the four teams were also seen donning 'Black Lives Matter’ t-shirts and taking a knee during the US national anthem in order to show their support to the movement.

In fact, Black Lives Matter was also written on the court at the Disney World in Orlando,Florida, where the NBA is planning to finish its season with a total of 22 teams based inside a bio-secure 'bubble'.