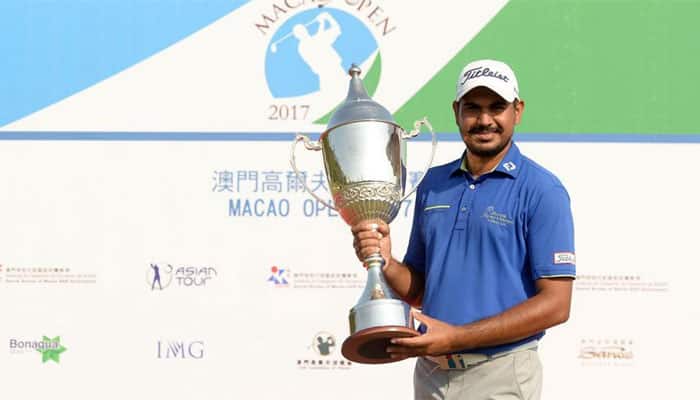 Macau: India`s Gaganjeet Bhullar held his nerve to complete a wire-to-wire victory and lift his eighth Asian Tour title at the Macau Open on Sunday.

Bhullar had seen his four-shot lead reduced to one in round three but on Sunday, he drained five birdies on the front nine and won by three shots despite a nerve-jangling double bogey on 16.

Sandhu was gunning for his third title in a row after he claimed his maiden Asian tour victory in Taiwan this month and triumphed on the Japan Challenge Tour a week later.

Bhullar, the 2012 champion in Macau, bogeyed his opening hole on Sunday before he stormed ahead with birdies on two, three, four, seven and nine to turn in 31.

He also birdied 13 but dropped a shot on the next and picked up his double on 16, before finishing in style with his sixth birdie of the day in front of the galleries on 18.