Tuesday's surge enabled Kerala to finish the athletics competition with 10 gold, two silver and six bronze and edge Haryana to the second spot. 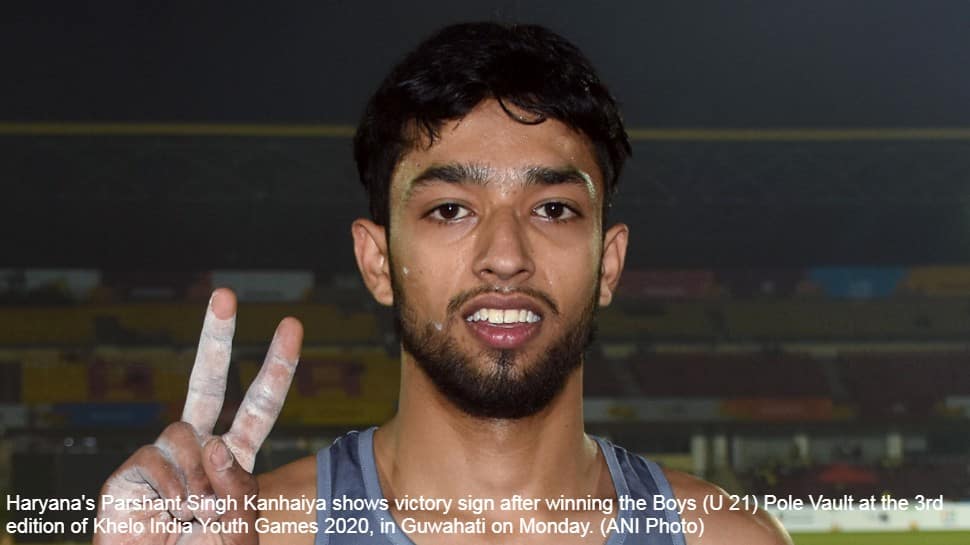 Guwahati: Maharashtra's athletes went home with wide smiles after enjoying a productive day at the Khelo India Youth Games 2020 in Guwahati on Tuesday (January 14, 2020), entrenching themselves at the top of the charts with a total of 26 gold among the rich haul of 107 medals, leaving Haryana trailing with 21 gold medals and a total of 67.

Manipur's cyclists and judokas fetched their state five gold medals to see the state rise to ninth place while Uttar Pradesh, with four track and field titles, rose to fourth place behind Maharashtra, Haryana and Delhi.

Kerala, which got four gold on Tuesday, including three from track and field, and Tamil Nadu whose boys under-17 relay quartet were the only ones to strike gold on the final day of the athletics competition, are the only southern states in the top 10. Aparna Roy was the toast of the Kerala team as she retained the girls under-21 100m hurdles gold with a new meet record.

In fact, Tuesday's surge enabled Kerala to finish the athletics competition with 10 gold, two silver and six bronze and edge Haryana to the second spot. With 31 medals overall from track and field, Tamil Nadu claimed the credit for sending most athletes to the podium. Haryana's Parshant Singh Kanhaiya won the Boys (U 21) Pole Vault.

Telangana, who had a heady day with four gold medals are just outside that list. Jeevanji Deepthi completed the girls under-17 sprint double, winning the 200m on Tuesday. Nandini Agasara, a tea-seller's daughter, won the girls under-17 100m hurdles. M Tanishq pedalled to the individual time trial title and Fidel Rafeeque Snehit Sutvajulla won the boys under-21 table tennis top prize.

The Union Territories of Andaman and Nicobar Islands and Jammu and Kashmir joined the list of states that won gold in KIYG2020. The Islands cyclists, led by Celestina, showed a good turn of speed in winning three events while Bavleen Kaur, Jammu and Kashmir's most prominent rhythmic gymnast, claimed a double with good routines in Ball and Ribbon competition.

On Tuesday, Fidel Rafeeque Snehit Survajulla rallied from the loss of the opening set to defeat Raegan Reuel Albuqurque (Maharashtra) 4-2 while Anusha Sreesh Kutumbale had it easy against Srushti Surendranath Haleangadi (Maharashtra), winning in straight sets. Maharashtra were hoping to strike gold in the under-21 finals and widen the gap with Haryana on the medal tally.

At the velodrome, Manipur's Elangbam Lanchenba Singh scored a fine win over Karnataka's Venkatappa Kengalagutti in the boys under-21 Scratch Race while his team-mate Birjit Yumnan was the boys under-17 Scratch Race gold medallist, edging out the home state's Manobjyti Teron by 0.931 seconds.

Odisha cyclist Swasti Singh won the girls under-21 Scratch Race from Keerthi Rangaswamy (Karnataka) by a 0.246 second margin while Maharashtra's Pooja Danole picked up her second gold medal by winning the under-17 Scratch Race from Manipur's N. Biseshori Chanu by a handsome 1.978 seconds.