The Ferrari veteran, who has risen through the ranks to technical director and overseen a big step up in engine performance, has also reportedly been a target for rival constructors. 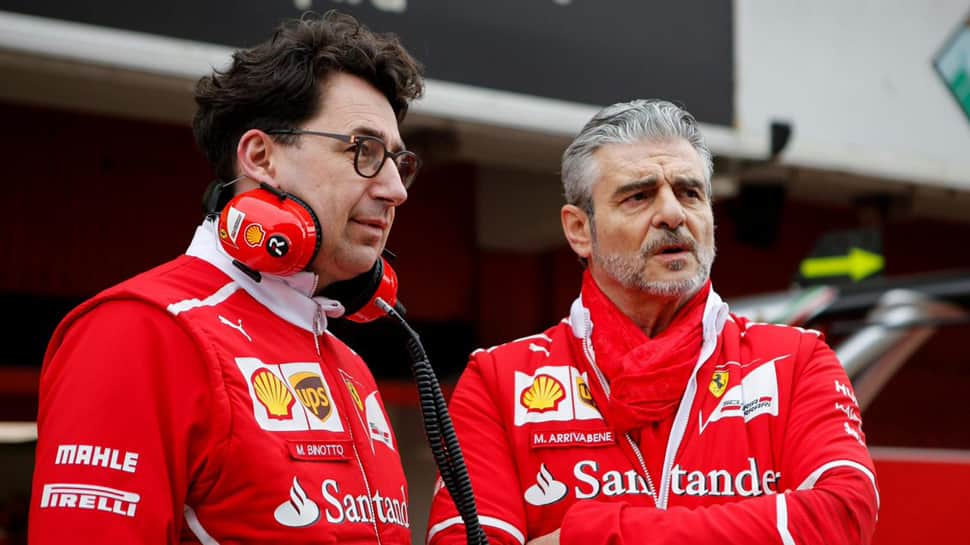 The sports daily, in a front-page story, said a formal announcement could come by the end of the day.

The official Formula One website also picked up the report.

A team spokesman said he was not aware of anything imminent, however.

Ferrari won six of the 21 races last season but their title challenge evaporated in the second half of the year and Mercedes won both the drivers` and constructors` crowns for the fifth year in a row.

Arrivabene`s tenure has looked uncertain for some time, with reports as far back as October, 2017 suggesting Binotto could replace the former Philip Morris marketing executive.

Strategic blunders by the team last year only increased the pressure.

The death in July last year of chairman Sergio Marchionne triggered a change at the top, with Louis Camilleri taking over as chief executive and John Elkann, a scion of Italy`s Agnelli family, as chairman.

The autosport.com website reported Arrivabene`s ousting had been confirmed by senior sources within the team and said Elkann had decided Binotto was the right man to lead the team forward.

The Ferrari veteran, who has risen through the ranks to technical director and overseen a big step up in engine performance, has also reportedly been a target for rival constructors.

Finland`s Raikkonen, world champion in 2007, remains the most recent title winner for the sport`s oldest, most successful and glamorous team.