Michael Leitch: From 'the foreign kid' to captain of Japan's national rugby team

Now 30, Leitch is a Japanese citizen and the face of Japanese rugby. As captain of the national team, he`ll lead the Brave Blossoms when Japan hosts the Rugby World Cup in September and October. 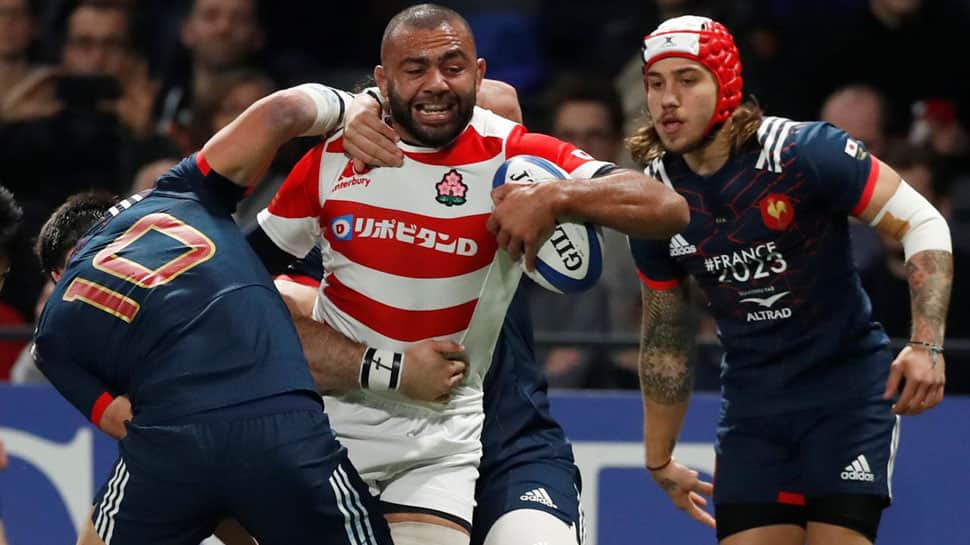 Landing in northern Japan as a 15-year-old from New Zealand, Michael Leitch stood out in his new classroom and on the rugby field.

"I remember going to school and everyone looking at me and going, `Oh that`s the foreign kid,`" said Leitch, who came alone to Sapporo by invitation after his family in Christchurch had hosted Japanese exchange students.

Rugby got him through that tough adjustment - playing on a gravel field and in the snow - and earned the respect and friendship of his Japanese teammates.

"If I didn`t have rugby here, I wouldn`t have lasted that long," he told Reuters in an interview. "The connection with the rugby team and making friends and forming a brotherhood really helped me in the first couple of years."

Now 30, Leitch is a Japanese citizen and the face of Japanese rugby. As captain of the national team, he`ll lead the Brave Blossoms when Japan hosts the Rugby World Cup in September and October.

That Leitch, 190 centimetres (6 feet, 3 inches) tall with mixed New Zealand and Fijian heritage and a thick beard, is one of the most famous faces in Japanese sports is a sign of the changing times in this country, which has resisted immigration and can be cold toward foreigners.

Sports stars such as Leitch (pronounced LEECH) and world No. 1 tennis player Naomi Osaka are among the highest-profile mixed-race or foreign-born Japanese who are challenging the country`s traditional self-image as a racially homogenous society.

Leitch realises he represents a minority that still sometimes faces discrimination, and that he has important responsibilities off the field.

"When I look at my position at the moment and where I am, there is a massive opportunity to inspire a lot of other people," he said.

At the World Cup, Leitch will head up a multicultural team, whose members have roots in New Zealand, South Africa and the Pacific Islands.

For their game against Russia in November, Coach Jamie Joseph, who is from New Zealand himself, put seven foreign-born players in his starting 15.

Leitch isn`t Japan`s first foreign-born captain, but he said he still felt like he had to "break that barrier" of looking foreign.

"Once I got through that, then I took responsibility for the role and it all just came naturally," he said.

Leitch first encountered Japanese culture through exchange students at his school in Christchurch, some of whom stayed at his home. When he was invited to study in Sapporo on the northern island of Hokkaido, he took the leap.

"I just went for it, didn`t even second-guess it," he said.

He came without any family members and lived with a Japanese family.

"It was very foreign, everything was foreign," Leitch said.

"But you just take all that on board."

He ended up living in Japan for most of the next 15 years, with stints playing in New Zealand, and is now more comfortable conversing in Japanese than in English.

"If you put in the hard work and strive to succeed in this country, then people will eventually accept you and take to you, and then they even champion you like they have to Michael," he said.

As Japan`s team steps onto the national and global stage, Leitch`s leadership has had a "magnifying effect" on the team, former Japan Coach Eddie Jones said.

"When he plays for Japan, it is a different team because he has just got that ability to lead through not only his actions but also his words," Jones said.

Leitch`s moment in the spotlight comes as Japan gradually opens up to more foreigners. In April, the government started allowing more foreign blue-collar workers into the country to cope with a labour shortage.

But many Japanese are afraid that an influx of foreigners will upset the social order and increase crime, even as the country prepares to host tens of thousands of visitors for this year`s Rugby World Cup and the Tokyo 2020 Olympics.

While Japan is becoming more ethnically diverse — one in 50 births is to interracial couples — there is still plenty of prejudice against mixed-race or foreign-born children.

Leitch hopes he can help change that.

"My role this year is mainly being the captain, but behind that there is so much more I take responsibility for and – not prove a point – but help people have a better understanding of what it is to be a foreigner in Japan," he said.

"I consider myself a bit of a hybrid Japanese person," he said. "I think my role at the moment is a very important one where Japanese people and foreigners come together and work towards a common goal."