The Indian wrestler has been facing doping charges after being tested positive for methandienone following two anti-doping tests conducted by the NADA on June 25 and July 5 ahead of the Rio Olympics. 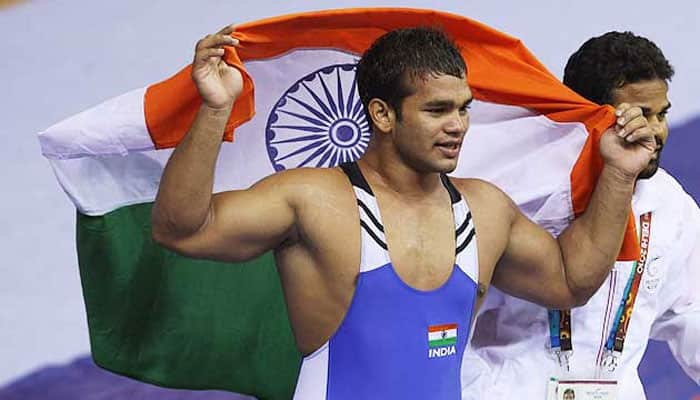 Suspended Indian wrestler Narsingh Yadav on Monday moved the Delhi High Court, seeking a time-bound completion of the Central Bureau of Investigation (CBI) probe into the alleged case of doping against him before the Rio de Janeiro Olympics in 2016.

While hearing Yadav's plea, the Delhi High Court came down heavily on the CBI and slammed the agency for its slow investigation into the allegations against the grappler.

The court further warned the central probe agency that it would pass the order in the matter if the CBI counsel fails to get required instructions from the concerned officers in the agency.

"It has been more than two years. What are doing? Get instructions from the concerned officer, otherwise, we will pass the order," ANI reported the Delhi High Court telling the CBI Counsel.

The Indian wrestler has been facing doping charges after being tested positive for methandienone following two anti-doping tests conducted by the National Anti Doping Authority (NADA) on June 25 and July 5 ahead of the Rio Olympics.

Though Yadav was later handed a clean chit by the NADA, he was given a four-year suspension in its 'operative award' by the Court of Arbitration for Sports (CAS) on August 18 barely hours before his 74kg freestyle opening bout was scheduled at the 2016 Olympics.

In his defence, the grappler had said that the tests came positive due to sabotage carried out by a junior wrestler and a member of Sushil Kumar's entourage by mixing prohibited substance in his energy drink on either June 23 or 24.

The CAS, however, ruled out the sabotage theory stating that Yadav has failed to produce any real evidence in the matter and took the banned substance intentionally in tablet form.

Later on October 18, 2016, the Wrestling Federation of India (WFI) had said that the dope case against Yadav has been transferred to the CBI for further investigation.