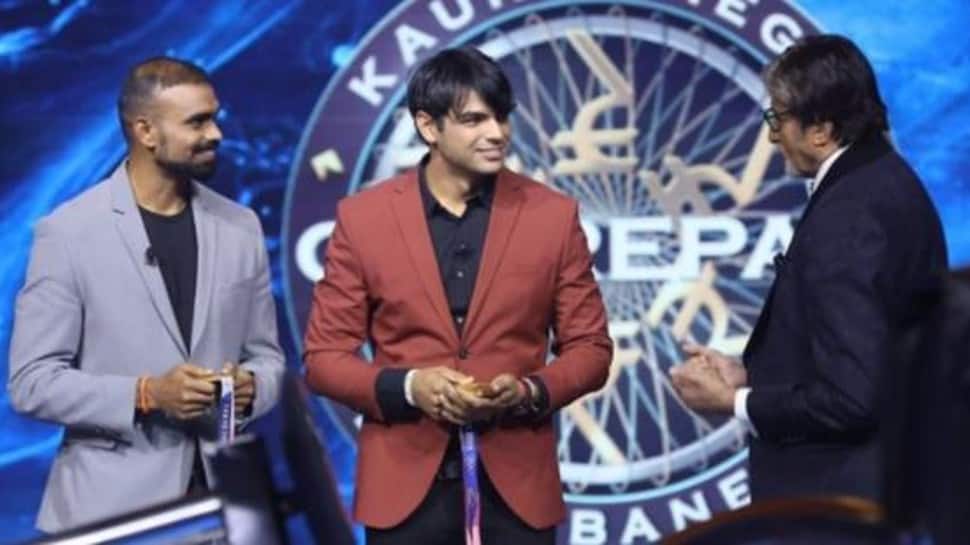 The duo not only had a gala time with the host of the show Amitabh Bachchan, but they also went onto win Rs 25 lakhs. The sports stars, who used just two lifelines through the episode, were asked a question on the railways which they easily answered.

Here's the question for Rs 25 lakh:

The correct answer was: Him Darshan Express

Both Neeraj and PR Sreejesh were happy to give this answer and won Rs 25,00,000 as the final amount. However, before they could have moved to another question, the buzzer rang and it was the end of the game show for both the sports stars.

Earlier, the audience gave a warm welcome to the two champions and as soon as Chopra and Sreejesh took the hot seat, the audience started chanting ‘Vande Mataram’ and ‘Bharat Mata Ki Jai’.

Meanwhile, Big B took Neeraj Chopra and PR Sreejesh's autograph on a javelin and a hockey and at the end of the show, the actor asked both the sportsmen to give their autographs on the wall at the entrance of the auditorium.