Neeraj Chopra tastes mishti doi and rosogolla on Kolkata trip, would like to visit for Durga Puja too

On his first trip to capital of West Bengal after becoming an Olympic gold medallist Neeraj Chopra, the champion indulged tasted some traditional Bengali fare apart from his favourite street food and fish fry. 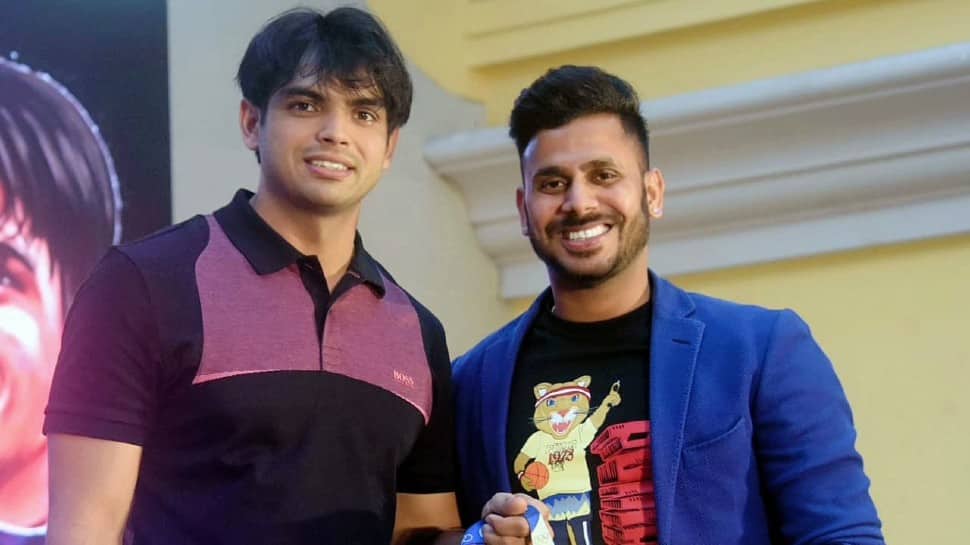 Tokyo Olympics gold medallist Neeraj Chopra has been the talk of the town since he came back from the Games last month after a historic feat. The javelin star is currently on a two-day trip of Kolkata for various sponsor commitments. On Thursday (September 19), Neeraj Chopra finally got the opportunity to taste some Bengali cuisine which is a far cry from the choorma he loves so much.

In Kolkata, Neeraj recently confessed his love for gol gappas and finally tasted some ‘phuchkas’ in Kolkata on Wednesday (September 15) at an event. When asked how it feels to be in Kolkata, Neeraj was quoted by Calcutta Times as saying, “The last time I came here was in 2015 for a tournament. Though short, it was an enjoyable trip and I was very happy to see Kolkata’s love for sports.”

On his first trip to capital of West Bengal after becoming an Olympic gold medallist, the champion indulged tasted some traditional Bengali fare apart from his favourite street food and fish fry. For lunch, the ‘Golden Boy’ was served with luchi, cholar dal, chingri maachh bhapa, bhetki maachher paturi and a host of other Bengali delicacies on the menu. “I really liked Bengali food, especially the sweets and desserts like mishti doi and gurer ice cream,” Neeraj said, who even got some Bengali sweets like rosogolla packed for his family before leaving Kolkata.

The javelin star is not sure if he can be a part of the Durga Puja celebrations in Kolkata next month, he does wish to experience it soon. “My schedule for the next month is uncertain. I would like to visit Kolkata for Puja, but I'm not sure if I will be able to make it. I have heard a lot about Kolkata’s Durga Puja and am looking forward to visiting the city during that time in the near future,” Neeraj was quoted as saying.

Meanwhile, sometime back Neeraj Chopra narrated a story of the time when he thought his plane was about to crash. Apart from the story itself being gripping, it was Neeraj’s narration of an otherwise dangerous incident which endeared his fans.

As a guest speaker at an event, Neeraj Chopra spoke about the time he had to take a flight from Abu Dhabi to Frankfurt and how the plane lost control for 10-15 seconds while in mid-air.

“For 10-15 seconds, all the lights were off and it felt as if the flight was descending at a very high speed. I had put on my headphones. As soon as I removed them, I could see people in chaos. People were crying, somebody was screaming, kids were also crying,” Neeraj Chopra tells the crowd in the video.

“So I said to my physio, who was sitting next to me. ‘Ro kyun rahe ho?’ What’s the point of screaming now? If it has to go down, it will go down and nobody can stop it,” said the 23-year-old narrated.