In a promo video, which is going viral, Neeraj can be witnessed dancing to the famous Punjabi song ‘Ishq Tera Tadpave’ and even ‘proposing’ to captain Shakti Mohan. 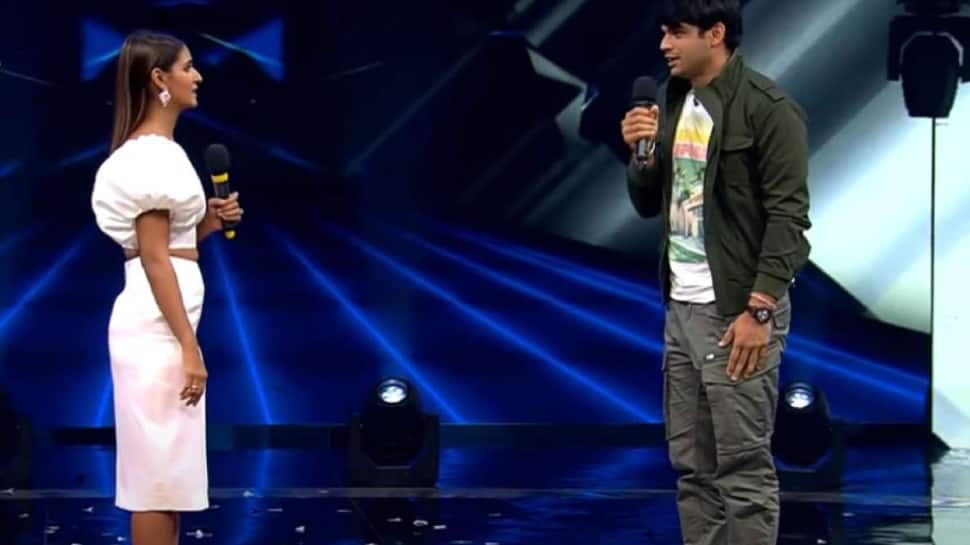 Tokyo Olympics Gold medalist Neeraj Chopra is all set to be seen as a special guest in the dance reality show Dance Plus 6, which is judged by ace choreographer Remo D'Souza and hosted by a dancer Raghav Juyal.

In a promo video, which is going viral, Neeraj can be witnessed dancing to the famous Punjabi song ‘Ishq Tera Tadpave’ and even ‘proposing’ to captain Shakti Mohan, which elicited a fairly amusing reaction from host Raghav Juyal.

“Mere life mein toh sabse zaroori javelin hai. Mujhe baaki kuch...na itna achcha khana banana aata hai, na main time de sakta (The most important thing in my life is the javelin. Neither can I cook very well nor can I give you a lot of time),” Neeraj tells Shakti after she requests the gold-medallist to come on stage and propose to her to show Raghav how it’s done.

Interestingly, Raghav flirting with Shakti and trying to express his feelings for her has been a long-running gag on the show. After watching one of the performances to Ishq Kameena, the star dancer tells her, “Shaks, main bhi tumhare saath ishq kameena karna chahta hoon (I also want to experience a bad romance with you).” The two then dance to the Bollywood song ‘Hawayein’.

Meanwhile, after Neeraj ‘proposed’ Shakti, Raghav pretends to be heartbroken and dramatically tells the athlete, “Bhai aapne galat jagah javelin phenka hai (Brother, you have thrown your javelin in the wrong place).”

Here’s the video of Neeraj having a fun time on the show:

Notably, after returning to India from Tokyo, Neeraj has been visiting various places and interacting with media and fans. A few days back, the gold medalist was seen on Amitabh Bachchan-hosted Kaun Banega Crorepati 13 (KBC), along with fellow athlete and hockey player PR Sreejesh.

The duo not only had a gala time with the host of the show Amitabh Bachchan, but they also went onto win Rs 25 lakhs.