Apart from Neeraj, hockey team captain Manpreet Singh and goalkeeper PR Sreejesh along with cricketer Mithali Raj and national football team skipper Sunil Chhetri were the others named for the Khel Ratna award. 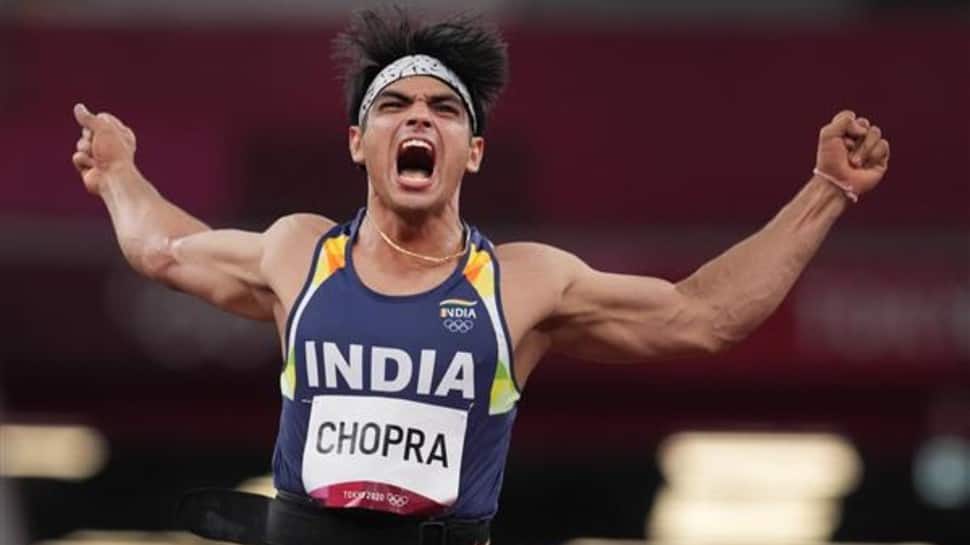 Hockey team captain Manpreet Singh and goalkeeper PR Sreejesh along with cricketer Mithali Raj and national football team skipper Sunil Chhetri were the others named for the Khel Ratna award.

The awardees will receive their awards from the President of India at a specially organized function at the Darbar Hall of Rashtrapati Bhavan on November 13.

Besides the 12 Khel Ratna award winners, the jumbo list of national sports awards winners includes 39 athletes including history-making fencer Bhavani Devi, woman hockey player Vandana Katariya, 16 male hockey players wo ere part of the team that won a historic bronze medal after a gap of four decades at the Tokyo Olympics, and Paralympics medallist Bhavina Patel - were given the Arjuna Award.

The Major Dhyan Chand Khel Ratna Award is the highest sports honour awarded by the government and is given for outstanding performances in the field of sports while the Arjuna Award is to recognise consistent performances and qualities like leadership and discipline. Both awards consider performances over a period of four years and include a trophy, a citation, and a cash award.

Normally, the awards are given on August 29 on the occasion of the National Sports Day but this year were deferred because of the Tokyo Olympic Games and the Paralympic Games.

In the normal course, the performance at Tokyo would have been considered for this year if the Olympics were held in 2020 and not get postponed due to the Covid-19 pandemic.

With the country's sportspersons coming up with their best performance ever at both the Olympics and Paralympics, the Sports Ministry tried to accommodate as many medallists as possible, thus the jumbo list.

Boxing World Championship 2021: Shiva Thapa one win away from assuring a medal for India, enters quarter-finals