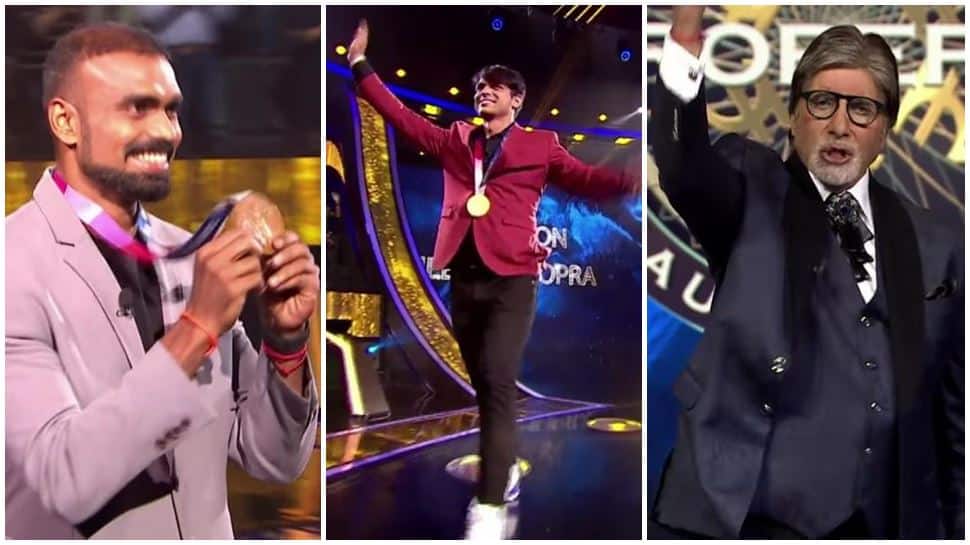 Olympic champion Neeraj Chopra and PR Sreejesh will grace the hotseat on popular TV show Kaun Banega Crorepati (KBC). The teaser of the show was shared by Sony TV on their official Instagram page.

The special episode will be telecast on Friday.

Neeraj Chopra created history at the recently-concluded Tokyo Olympics, where he became the first Indian track and field athlete to secure a podium finish at the showpiece event.

The 23-year-old won gold in the men's javelin final, which saw him overpower Germany's Johannes Vetter.

Sreejesh, on the other hand, was the goalkeeper of the bronze medal Indian hockey team and was lauded for standing as a wall in front of the goalpost. The hockey player, who hails from the southern state of Kerala, produced crucial saves and emerged as one of the pivotal figures from the team.

Riding on Sreejesh's effort, the team managed to finish at the podium after a long gap of 41 years.