In a clash of the titans, the might of multiple world title winner Russell wasn't enough to stop India's golden boy. 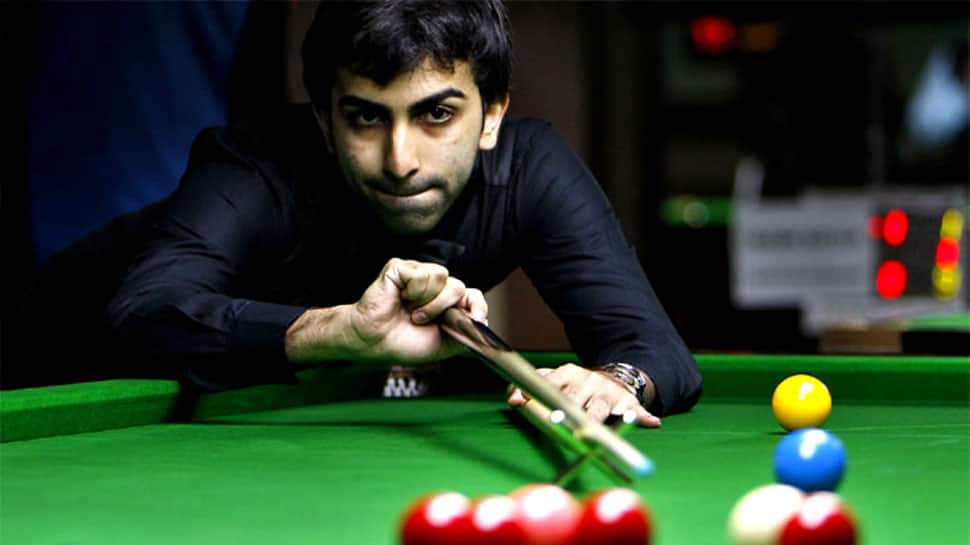 In a clash of the titans, the might of multiple world title winner Russell wasn't enough to stop India's golden boy. The Brit gave a similar performance last year when he finished with a bronze after losing to eventual runner-up Nay Thway Oo of Myanmar in the semifinal.

Thway Oo, eying his maiden world title, has again made it to the final this year after beating India's Sourav Kothari 5-3 in the last four clash. Advani, vying for his 22nd world title, will take on Thway Oo in a repeat of last year's final.

In Saturday's semifinal, the Indian ace scored three back-to-back centuries, but managed to convert only two of those as Russell took advantage of Advani's error on 142 and made a 150.

The match was evenly poised at two frames apiece and could have gone either way, but Advani appeared to be on a mission as he made breaks of 63 and 123 in the last three frames to race to a 5-2 victory.

When asked about his clinical performance, Advani said, "I'm really pleased to enter the final again a year later. Mike played well, so I knew I had to bring more firepower to the match to give myself a chance to defend my title. This feels like deja vu playing Oo again, that too in the final and in Myanmar two years in a row. Let's hope the outcome is the same too!"

In the other half of the draw, Thway Oo took an early 3-1 lead before Kothari made a spirited comeback to level the contest at 3-3. However, the Myanmar star had other plans. He clinched the final two frames by firing in an unfinished 150 break followed by a 130 break to seal his spot in the final.

Golf: Kevin Chappell shoots 59 in return from back surgery