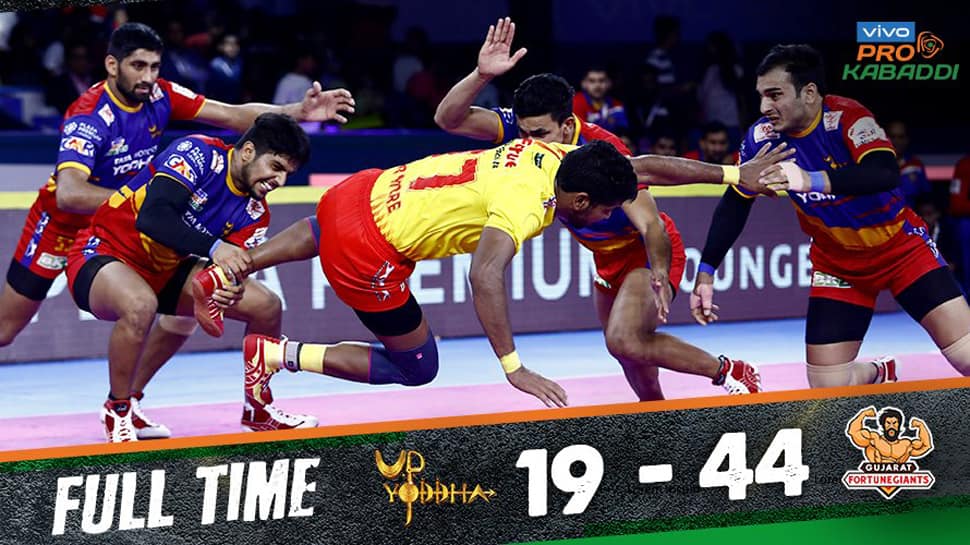 UP Yoddha's Parvesh  Bhainswal scored six tackle points, while debutant Sumit, gave an impressive performance for the Gujarat Fortunegiants. However, Gujarat's Rohit Gulia stole the show on scoring a total of 10 points and led the raiding charge for his team.

At the end of the first half, the score stood at 19-9 in the favour of Gujarat Fortunegiants.

UP Yoddha was all-out in the match with a little over three minutes remaining of the game. Sonu Janglan came as a substitute and made a raid in the last minute, which was a cherry on the cake for Gujarat’s victory.