The third consecutive victory in the home leg for Delhi helped them consolidate their position at the top of the points table. 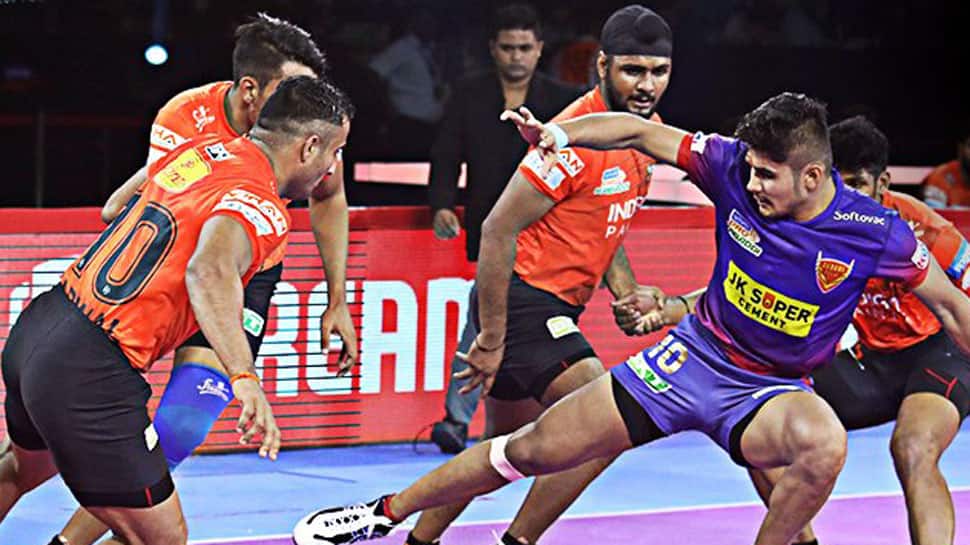 Naveen Kumar entered the record books as his team Dabang Delhi outclassed U Mumba 40-24 in a Pro Kabaddi League (PKL) season 7 match on Wednesday. The 19-year-old picked up his 8th consecutive Super 10 (awarded to players with 10 or more raid points) to equal the record set by Pardeep Narwal for Patna Pirates.

The third consecutive victory in the home leg for Delhi helped them consolidate their position at the top of the points table.

The Mumbai team began on a better note with Sandeep Narwal and Harendra Kumar starting off with mighty tackles. The U Mumba defenders did their best to contain the raiders in a tightly contested first half.

Naveen's 2-point raid and a subsequent tackle on U Mumba raider Athul MS helped Delhi inflict an All-Out on U Mumba in the 11th minute. But despite the setback, U Mumba held firm, thanks largely to skipper Fazel Atrachali's dominance over Naveen in Mumbai' left cover. At the end of the first half, U Mumba led 14-11.

Naveen could only secure two points in the first half.

However, the home side started the second half with a bang. Naveen picked up four raid points in the early minutes as a few errors from the Mumbai defence allowed Delhi to force another All-Out on the fifth minute.

Lack of depth in U Mumba's raiding department saw the side struggle to get back in the match despite a series of super tackles from their experienced defenders. High 5s (five tackle points or more) for Ravinder Pahal (8 points) and Joginder Narwal (6 points) ensured that U Mumba raiders got no room to stage a fightback in the closing stages of the match.

Naveen equalled Pardeep's record of 8 consecutive Super 10s with three minutes left on the clock with a hand touch on Fazel doing the trick for the talented youngster. Delhi inflicted another All-Out in the closing minutes to open up a 15-point gap.