The India team will travel Down Under for five matches starting Wednesday. 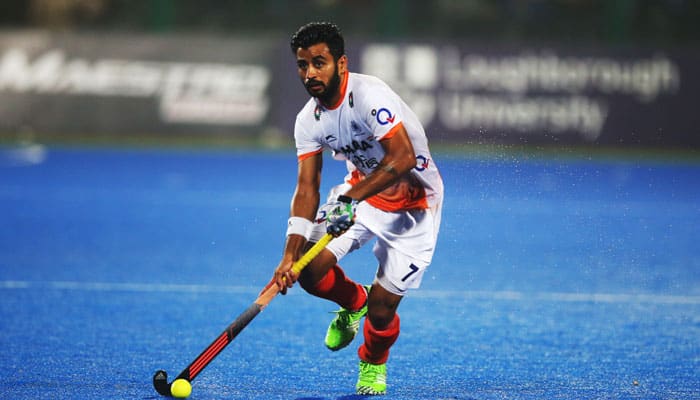 Bengaluru: Playing against a world-class team like Australia will provide good exposure to youngsters and will boost the confidence of the team ahead of next month's FIH men's Hockey Series Final, feels India captain Manpreet Singh.

The India team travel Down Under for five matches starting Wednesday. The tour, marked as a preparation for next month's Hockey Series Final in Bhubaneswar, will be newly-appointed chief coach Graham Reid's maiden assignment with the team.

The men's side will play two matches each against the Australian national team and Australia A and a lone game against the Western Australia Thundersticks club.

"Playing a world-class team like Australia ahead of the important Series in June will only help build our confidence. We had a good tournament in Malaysia in March and some of the youngsters did well there," Manpreet said.

"While Jaskaran Singh will make his international debut, it will be Gursahibjit's second tournament with the Indian team and Armaan Qureshi is also returning to the team after a long gap. I am confident these players will live up to the expectations. It will be good exposure for them against the world no.2 side," he added.

The team boasts of an interesting mix of experienced players and newcomers. And Reid will look to test all combinations ahead of the Hockey Series Final, where India needs to finish on top to ensure a place in the final round of the Olympic qualifier scheduled in October this year.

India began its season with a silver medal at the 28th Sultan Azlan Shah Cup in Ipoh, Malaysia and will hope to keep up the good show.

Talking about the ideology of the new coach, Manpreet said Reid emphasizes on having team players rather than relying on individual performances.

"The new coach constantly reminds us why a team player holds more value to him than an individual player with excellent skill set.

"He also instills winning mentality in every player and confident body language has also been an area of focus apart from game-specific tactics over the past three weeks of training under Graham Reid," Manpreet said.