The surgery has also raised doubts over Neeraj's participation in the World Championships, which is slated to take place in Doha from September 27 to October 6. 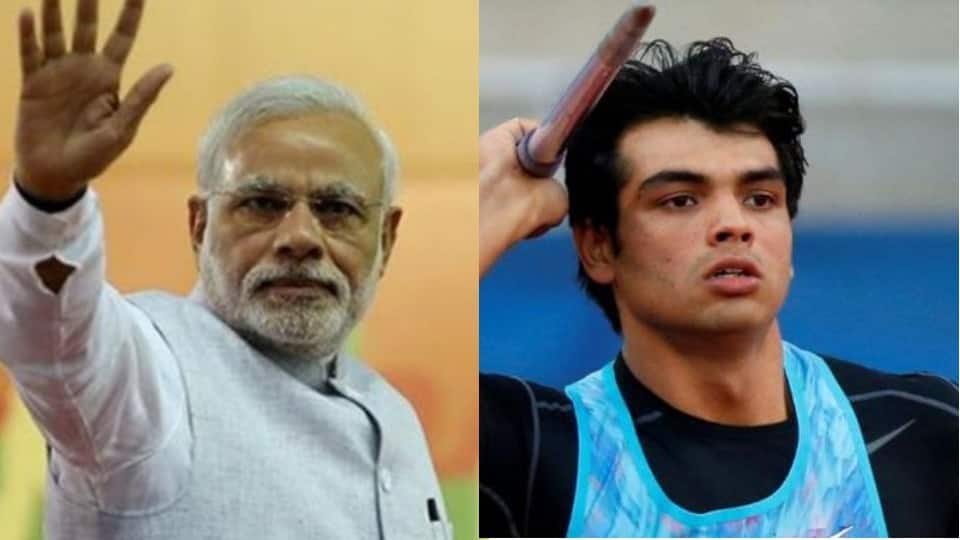 Prime Minister Narendra Modi on Saturday wished a complete and quick recovery for Neeraj Chopra after the Indian javelin thrower undergone a surgery to treat his troublesome elbow.

Taking to his official Twitter handle, PM Narendra Modi called Neeraj a brave youngster who has been making the country proud continuously while praying for his speedy recovery.

"Neeraj, you’re a brave youngster who has been making India proud continuously! Everyone is praying for your quick and complete recovery. @Neeraj_chopra1," he wrote.

On Friday, Chopra took to social media to reveal that he was operated on the elbow by orthopedic surgeon Dr Dinshaw Pardiwala at the Kokilaben Hospital and that he would require some months of rehabilitation before he could resume playing.

"Undergone elbow surgery in Mumbai by Dr.Dinshaw Pardiwala. Will require some months of rehabilitation before I can start back with throwing.Hoping to return stronger. Every setback is a setup for a comeback. God wants to bring you out better than you were before," Neeraj had tweeted.

The surgery has also raised doubts over Neeraj's participation in the World Championships, which is slated to take place in Doha from September 27 to October 6.

Neeraj, who hails from the northern Indian state of Haryana, was recovering well after picking up an elbow injury in late last year. However, the pain in the elbow flared up again earlier this year, forcing him to skip the Asian Athletics Championships which took place in Doha from April 21 to April 24.

Chopra, who is currently standing at the fifth spot in the International Association of Athletics Federations (IAAF) rankings for javelin thrower, had clinched gold at both the Commonwealth and Asian Games last year to bring rare track-and-field success for India.