On Sunday, Italy will take on Namibia in their Pool B opener, while Ireland will meet Scotland. 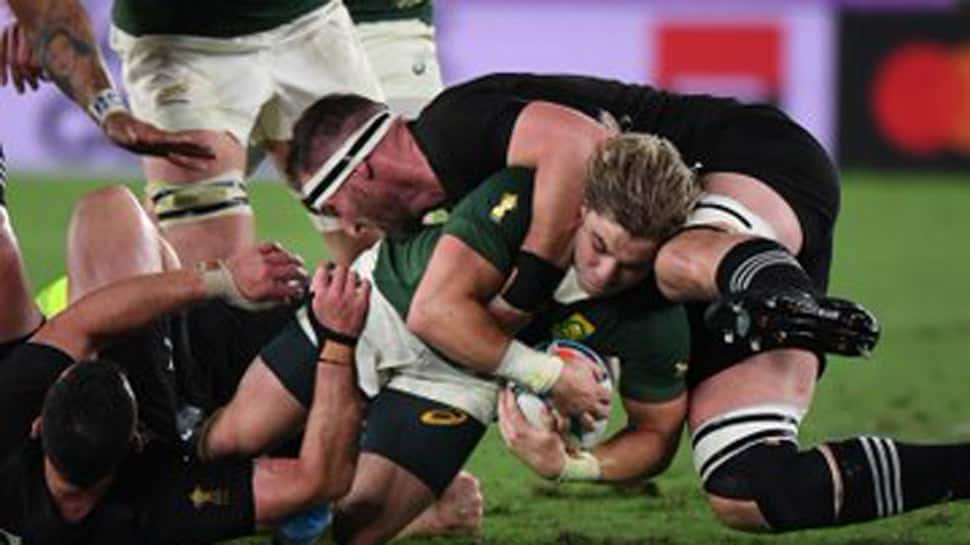 Defending champions New Zealand kicked off their campaign at the Rugby World Cup on a promising note as they held off spirited South African team 23-13 in the opening match of Pool B in Yokohama in Japan on Saturday.

Two rapid-fire tries in the first-half gave an edge to New Zealand before a relentless South African rugby team rebounded strongly to stop their opponents to increase a 14-points gap in the second half. However, it was not just enough for South Africa to seal a victory.

But New Zealand fly-half Richie Mo'unga snapped a near-40 minute drought to once again give his side a lead of  seven points before full-back Beauden Barrett sealed another three points to put victory beyond the South Africa' grasp.

With the win, New Zealand have climbed up to the top of the world rugby rankings.

Elsewhere, Japan defeated Russia by a huge margin of 30-10 in their opening Pool A clash while sixth-ranked Australia swept aside 10th-ranked Fiji 39-21 in their Pool D encounter.

In Pool C, world number seven France began their campaign at the Rugby World Cup with a narrow 23-21 win over 11th placed Argentina in their opening match.

On Sunday, Italy will take on Namibia in their Pool B opener, while Ireland will meet Scotland. In Pool C, England will square off with Tonga.