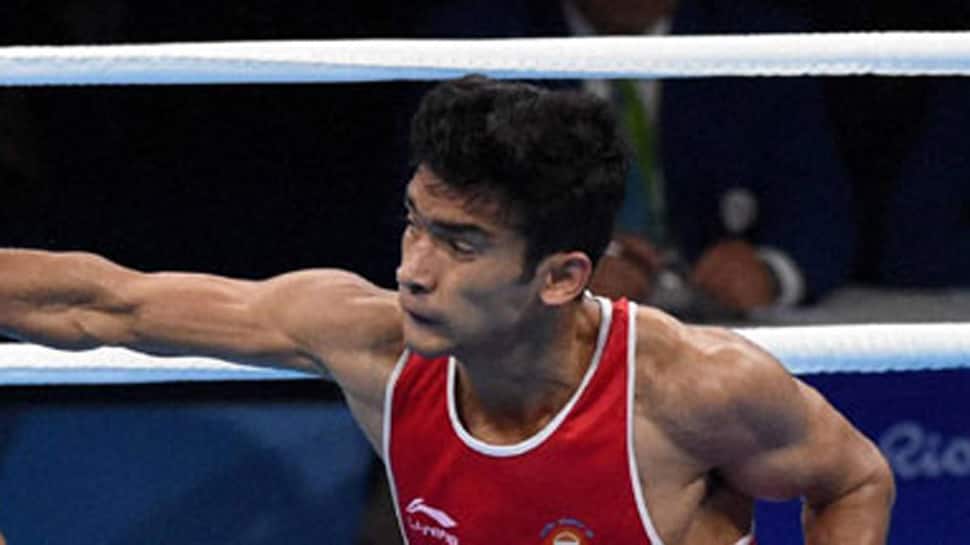 Bangkok: Shiva Thapa placed himself just one win away from securing a record fourth medal by entering the 60kg quarterfinals, along with four other Indians, on the third day of the Asian Championships here Sunday.

The 37-year-old Indian blanked Korea's Gwon Sujin to storm into the quarter-finals after a RSC (Referee Stop Contest) decision in Round 3 as she was too dominant for her opponent.

Agile and sharp as ever, Asian Games gold medallist Amit Panghal opened his campaign and made it to the last-eight with a 5-0 decimation of Taipei's Tu Po-Wei in his first continental competitive bout in the 52 kg.

Panghal continued his sublime form after starting the season with a glittering gold from the Strandja Cup and will hope to record his second consecutive victory over reigning Olympic champion Hasanboy Dusmatov in a highly-anticipated quarter-final showdown.

Former world junior champion Nikhat Zareen (51kg) was at her imperious best in her opening bout against Cambodia's Srey Pov Nao. The Telangana pugilist, who started the season with a gold medal at the Strandja Cup, advanced to the quarterfinals by RSC in Round 2 as her rival could not contain the flurry of punches.

In the men's 69kg, Ashish continued his scintillating run of form with a strong 4-1 win over Abdurakhman Abdurakhmanov of Kyrgyzstan in a split verdict to book his quarter-final berth.

The only disappointment for the Indian contingent on Sunday was the defeat of Brijesh Yadav in 81kg. Yadav's opponent, Dilshodbek Ruzmetov of Uzbekistan was declared a 4-0 winner after he received a cut in Round 2 of the bout.

That necessitated termination of the bout and based on the two rounds of performances, the judges ruled in favour of the Uzbek.

Lovlina Borgohain, who secured a bronze from the New Delhi World Championships, will take on Taipei's world champion Chen Nien-Chin in a tough last-eight clash in 69kg.

After a gold from the GeeBee Boxing tournament, Kavinder Singh Bisht (56kg) will aim to lay his hands on yet another medal. Also in action on Monday will be Makran Cup gold medallist Deepak (49kg) and veteran Seema Poonia (+81kg).