"The Indian Tricolour and blue colour of chakra add the national fervour as SAI has nurtured some of the biggest names in the sports fraternity, who represent India at the world stage," said Rijiju. 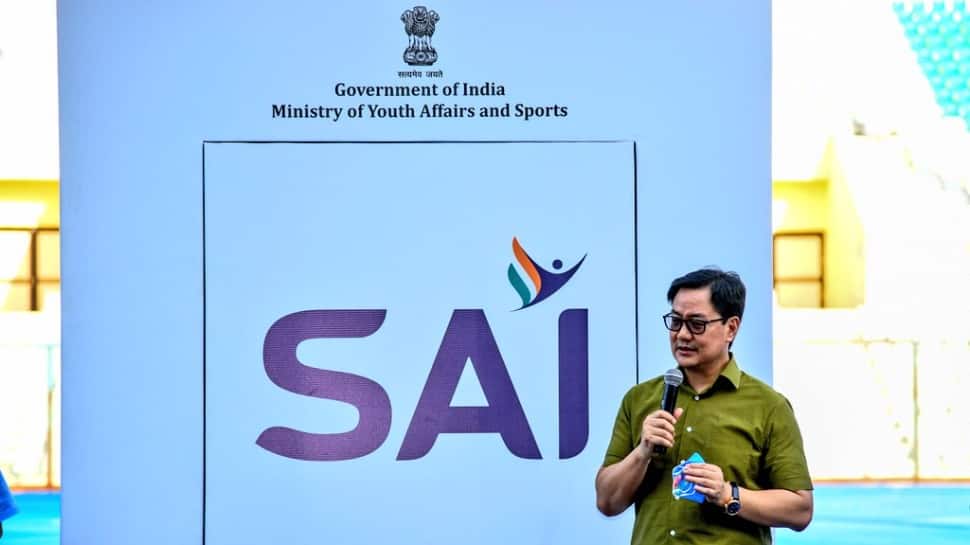 Speaking about the significance of the new SAI logo, Rijiju said that SAI has been the leader in the sports ecosystem and the primary agent of promoting sporting excellence.

"It has given athletes necessary support so that they have their sporting careers can take-off smoothly and they can fly towards a life of achievements and sporting glory - that is what the flying figure indicates - the freedom an athlete gets to leapfrog his/her career in SAI," expressed Rijiju.

NEW LOGO, RENEWED SAI.
We are more committed then ever before to take India to a new height in sports. Through #KheloIndia sports culture is being created across India as envisioned by hon'ble PM @narendramodi Ji. @Media_SAI is playing a pivotal role.#NewIndiaNewSAI https://t.co/Cf9k8brdgY pic.twitter.com/SsHC3LxsEn

He added, "The word SAI itself gives the identity to the organisation among various stakeholders being the acronym of Sports Authority of India. The Indian Tricolour and blue colour of chakra add the national fervour as SAI has nurtured some of the biggest names in the sports fraternity, who represent India at the world stage."

The event was attended by Sports Secretary Ravi Mittal, Indian Olympic Association President, Narinder Batra and Director General SAI, Sandip Pradhan along with the senior officers of the Ministry.

Unveiled the new Logo of SAI. The Sports Authority of India is committed to take Indian Sports to a new level with new logo and renewed commitment. #NewIndiaNewSAI pic.twitter.com/Bov7QVeXO6

Many eminent athletes, coaches and other sports enthusiasts joined the event from across the country through video conference.

Notably, the SAI has been the pivot of the sports ecosystem in the country since it was established in 1982 and has been instrumental in identifying and developing grassroots talents across the country.

Tokyo Olympic torch relay to start its journey on March 25