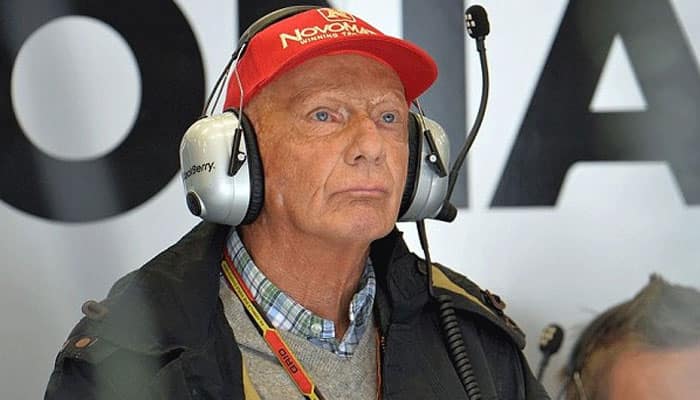 Legendary Formula 1 champion Niki Lauda has died, his family confirmed on Tuesday. He was 70. Niki, the three-time F1 world champion, died on Tuesday around five months after undergoing a lung transplant.

"With deep sadness, we announce that our beloved Niki has peacefully passed away with his family on Monday. His unique achievements as an athlete and entrepreneur are and will remain unforgettable, his tireless zest for action, his straightforwardness and his courage remain. A role model and a benchmark for all of us, he was a loving and caring husband, father and grandfather away from the public, and he will be missed," his family said in a statement.

Lauda claimed Formula One driver title in 1975, 1977 and 1984 with Mercedes and Ferrari. In 1976, Niki met with a serious accident but he returned stronger in 1977 and succeeded in winning his second world championship that year. In 2012, Niki was appointed as non-executive chairman of Mercedes. He had played an important role in bringing British F1 champion racer Lewis Hamilton to the team. Niki was also an airline entrepreneur and had a controlling stake in Laudamotion till recently.

Sun reported that Niki underwent kidney transplants twice due to the fireball injuries he had contracted 42 years ago. Earlier this year, Niki's brother Florian told Sun that the Formula 1 legend needed dialysis treatment after his health began to deteriorate. “Due to kidney problems, he had to be transferred from the rehabilitation centre to a private clinic for dialysis,” Florian Lauda had said.

Lauda is the only driver in Formula One history to win world championships with both Ferrari and McLaren. McLaren mourned the death of the icon by posting a message on social media saying that Lauda “will forever be in our hearts”.