The Indians will also be seeking revenge as it was Belgium which had ousted them from the quarterfinals in the 2016 Rio Olympics. 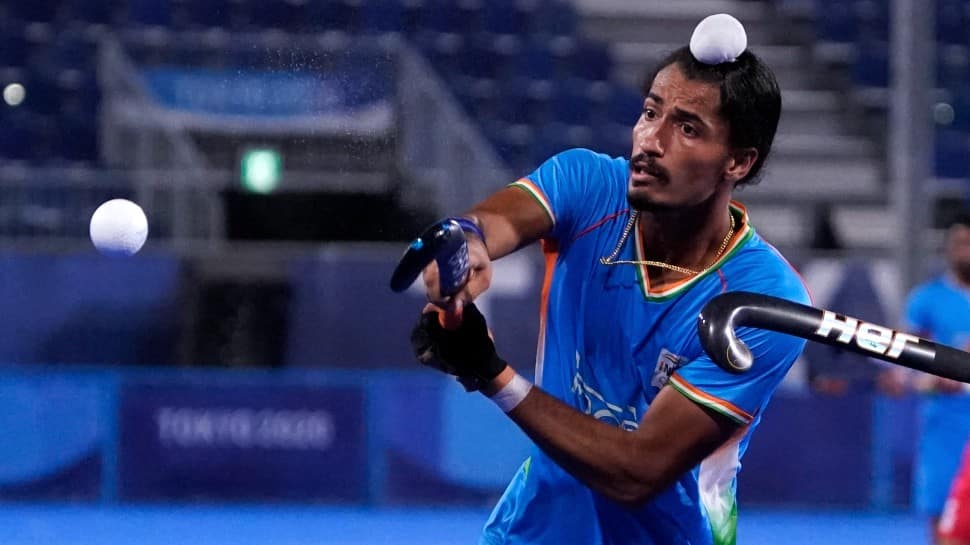 There was heartbreak for Indian hockey fans as Alexander Hendrickx scored a hattrick to lead Belgium to a  5-2 in their Tokyo Olympics men's hockey semifinal against India on Tuesday (August 3). Hendrickx converted a penalty stroke in the 53rd minute of the game after a series of penalty corners to the world champions in the fourth quarter. It was the third hat-trick of the Tokyo Olympics for the Belgian star. John-John Dominique Dohmen added a fifth goal in the final minute of the last quarter as they took goalkeeper PR Sreejesh off. India will now compete in the bronze medal match.

Earlier, Hendrickx converted off the third penalty corner in the 49th minute that the world champions got in succession in the fourth quarter to score his 13th goal off the tournament. India now have to push forward and level the game if they dream of reaching the Tokyo Olympics gold medal match.

Belgium continued to frustrate India in their Tokyo Olympics men's hockey semifinal, with the score level at 2-2 after the third quarter. India had plenty of opportunities in the game but have only managed to convert one out of the five penalty corner opportunities in the game. At the other end, Indian side displayed some great defensive work through Sumit and Amit Rohidas against the hockey World Champions. If the game stays level at 2-2 after the fourth quarter, there will be a shoot-out to decide the Tokyo Olympics hockey finalists.

After conceding a goal in the second minute, Mandeep Singh (11th minute) and Harmanpreet Singh (8th minute), drove India into the lead putting them ahead 2-1 in the opening quarter. India piled on the pressure by getting back-to-back penalty corners in the 8th minute before Harmanpreet scored his fifth goal of the tournament.

While India would hope to win Tuesday’s encounter and reach the final for the first time since 1980, when they won their eighth gold medal, the Belgian Red Lions on the other hand are looking to make it to their second successive final after finishing runners-up to Argentina five years ago in Rio de Janeiro.

The Indians will also be seeking revenge as it was Belgium which had ousted them from the quarterfinals in the 2016 Olympics. Though they have reached this far, the Indian team has nothing to lose as it has achieved the target of reaching the semifinals. They can go all out like the women’s team did against Australia on Monday and make the most of their chances.