The first three in each heat qualify for the semi-finals and the next 3 fastest (all seven heats combined) also advance to the last four while Dutee Chand finished 7th in her Heat on Monday. 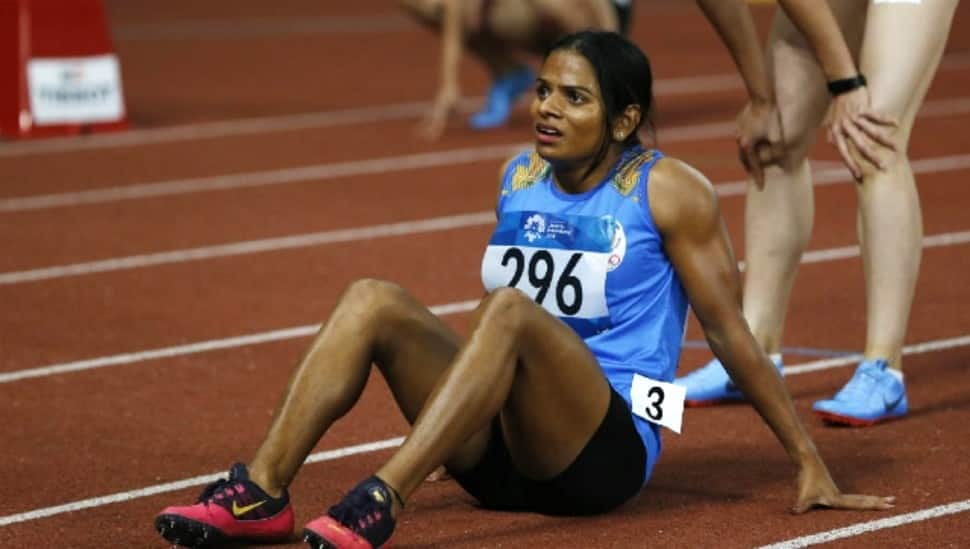 Star Indian sprinter Dutee Chand failed to qualify for the semi-final of the women’s 200m event here at the Olympic Stadium – Track 2 on Monday (August 2). Running in heat 4, Dutee finished with a season-best timing of 23.85 but it was no good as she finished 7th and as a result, she failed to qualify for the semi-final. Christine Mboma topped the heat with a timing of 22.11 as she broke the Namibian national record.

USA’s Gabrielle Thomas finished at the second spot with a timing of 22.20.The first three in each heat qualify for the semi-finals and the next 3 fastest (all seven heats combined) also advance to the last four.

Dutee registered a season's best timing of 23.85 seconds to finish seventh and last in Heat 4 which was topped by Christine Mboma of Namibia with a timing 22.11 seconds. Top three finishers from each of the seven heats and the next three fastest qualify for the semifinals. Dutee, who has a personal best of 23 seconds, ended at 38th overall out of 41 competitors.

India's Dutee Chand finishes her 200m race with the season best time of 23.85 to finish 7th in her heats.#Athletics #Tokyo2020 #Olympics

Dutee was nowhere near her best as she clocked 11.54 seconds in 100m, well outside her national record of 11.17 seconds – also her season’s best – to finish seventh in heat 5 and 45th overall out of 54 competitors.

The first three in each of the seven heats and the next three fastest advance to the semifinals.