Like the men, women have also battled back at the Tokyo Olympics after a disappointing start, hammered in their first three games against world champions Netherlands (1-5), Germany (0-2) and holders Britain (1-4). 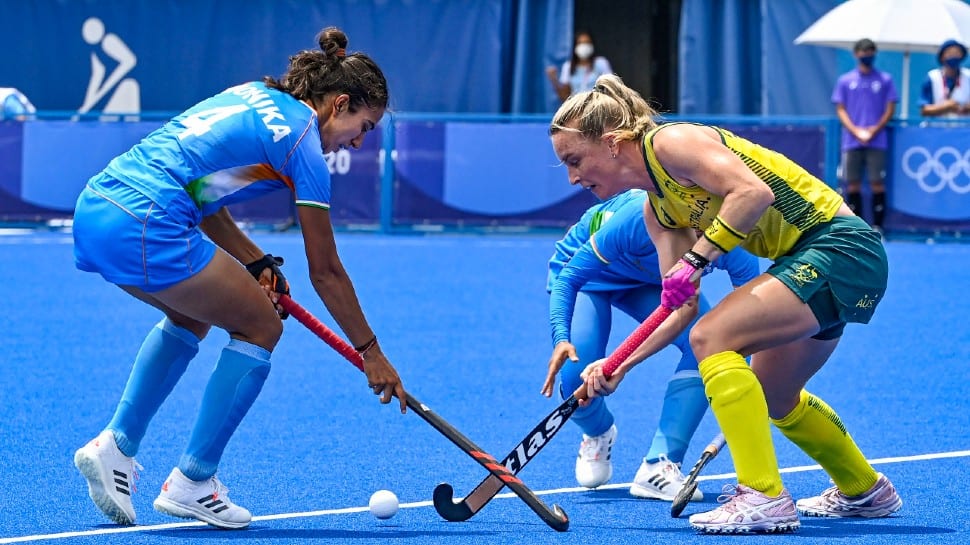 The odds were stacked up against Indian women hockey team heading into the Tokyo Olympics quarterfinals clash against Group B toppers Australia. Rani Rampal’s side were up against a team which is three-time Olympic gold-medallist – 1988, 1996 and 2000 – and two-time hockey World Cup winner (1994 and 1998) while the Indians had never progressed to the semifinals stage ever.

India had to wait for several hours after their nail-biting 4-3 win over South Africa on Saturday (July 31) to see if they will progress to a quarterfinal. The Ireland-Great Britain clash decided their fate, which the latter coming out on top to pave way for India’s entry into the knockouts.

Though India finished fourth in Moscow 1980 – when women’s hockey was introduced at the Games – the knockout format didn’t exist back then with the top-3 in the league phase winning medals. They had to wait another 36 years before qualifying for Olympics as they reached the Rio Olympics where they finished last without a win.

Like the men, women have also battled back at the Tokyo Olympics after a disappointing start, hammered in their first three games against world champions Netherlands (1-5), Germany (0-2) and holders Britain (1-4).

Coach Sjoerd Marijne’s team first edged past 2018 World Cup runners-up Ireland 1-0 on Friday and then beat South Africa on Saturday at the Oi Hockey Stadium to finish fourth – out of six teams – and qualified for the last eight behind Netherlands, Germany and Britain.

Skipper Rani Rampal and Navneet Kaur were the heroes of the win against Ireland, while it was Vandana Katariya on Saturday, who became the first Indian woman to score a hat-trick at the Olympics.

While Gurjit Kaur was the hero of the game against Australia, goalkeeper Savita Punia was not far behind.

“We are so happy, it is the result of hard work that we put in for several, several days. In 1980, we qualified for the Games but this time, we made the semifinals. It is a proud moment for us,” Gurjit said after the match.

“This team is like a family, we have supported each other and found support from the country as well. We are very happy,” she added.

Savita Punia emerged as the new ‘Wall of India’ after she kept ‘wave after wave’ of Australian attack at bay on Monday. “We didn’t have a good outing at Rio. We lacked the experience to perform on the biggest stage and were also a bit overwhelmed by the occasion,” Savita had told India Today, before going to Tokyo.

Punia, the 2018 Arjuna Award winner, was born in Jodhkan, Sirsa district in Haryana. She made her international debut in 2011 after first going on international tour back in 2008. Punia went on to make nine key save in the game against Australia to ensure India booked their place in the semifinal against Argentina.

Indian women hockey team have never won three Olympic matches in a row, now they have achieved this feat as well as they head into the last four game, hoping to secure a first-ever medal on Wednesday.