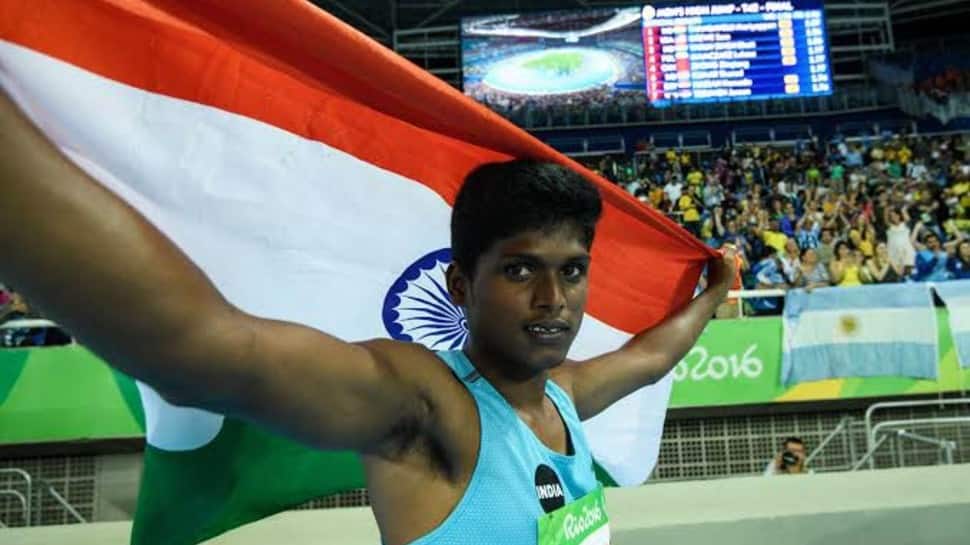 Mariyappan Thangavelu will not be India's flag-bearer at Tokyo Paralympics opening ceremony as he is quarantine. (Source: Twitter)
Share:
Written By:

High-jumper Mariyappan Thangavelu was on Tuesday (August 24) replaced by javelin thrower Tek Chand as India’s flag-bearer for the Paralympics opening ceremony here this evening after coming in close contact of a COVID positive person during his flight to Tokyo. Mariyappan, a gold-medallist from Rio Olympics, has been quarantined along with five other Indians. Discus thrower Vinod Kumar is also among those withdrawn from the ceremony because of the same reason.

“Just now we have received an information from the Tokyo Paralympic COVID control room that 6 of our para athletes have been found to be in close contact while they were travelling to Tokyo,” India’s Chef de Mission Gursharan Singh said. “Out of the six, Mariyappan and Vinod Kumar have also been found to be in close contact. Regretfully, Mariyappan who was the flag-bearer will not be able to join the march past today in the opening ceremony.

“Instead of Mariyappan now Tek Chand would be the new flag-bearer,” he added.

Singh, however, made it clear that both Mariyappan and Vinod will compete in their events as they have tested negative for the virus so far. “However, both Mariyappan and Vinod Kumar have been found to be negative since last six days and they will be able to participate in their respective events and be allowed to practice adhering to strict COVID guidelines,” he added.

Besides Mariyappan, the other athletes who were to be part of the event were Vinod, Tek Chand and power-lifters Jaideep and Sakina Khatun. India will be represented by 54 para athletes – the biggest ever contingent in the history of the Games.