Before Jessica Fox won her first Olympic gold medal in the women’s C1 canoe slalom and bronze in the canoe slalom K1 final — she shared a video repairing the damaged nose of her kayak using a condom. 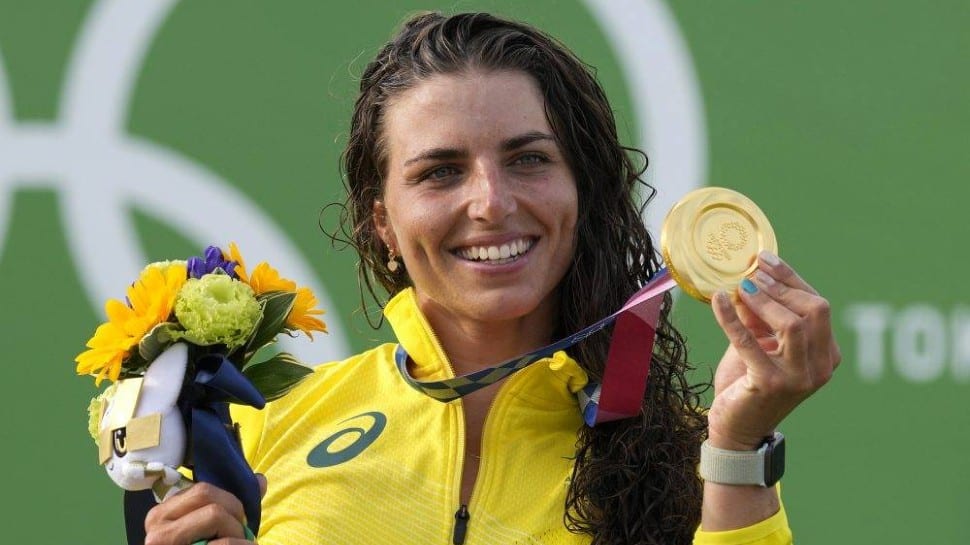 Australian slalom canoeist Jessica Fox bagged her first Olympic gold medal in the women's C1 canoe slalom and bronze in the canoe slalom K1 final, earlier this week at Tokyo Olympics and she has a condom to thank for it.

Notably, condoms distributed at the Olympic Games Village came in handy for Jessica as she used the rubber to fix her boat.

In a short video posted on Tiktok, the Aussie revealed how her team repaired her boat.

“Bet you never knew condoms could be used for kayak repairs,” read the text alongside the clip. “How kayakers use condoms,” she captioned the short video.

Jessica had won the bronze with the boat repaired by condom on Tuesday and later she went onto win her maiden Olympic gold in the women's C1 canoe slalom on Thursday. Before coming to Tokyo, she had won medals in the last two Olympics. She won silver in the 2012 London Games and bronze in the 2016 Rio Olympics.

It is worth mentioning that condoms aren’t hard to find inside the Olympic Village as around 160,000 condoms were handed to athletes by the organisers of the Tokyo Olympics. However, they said that the distribution of condoms is not for use at the athletes’ village, but to have athletes take them back to their home countries.

“The distribution of condoms is not for use at the athletes’ village, but to have athletes take them back to their home countries to raise awareness (of HIV and AIDS),” organisers had told Reuters.