The former Indian cricketer was asked to name the gymnast who had emerged victorious in the women's vault finals in Rio de Janeiro, where Karmakar had finished an impressive fourth. 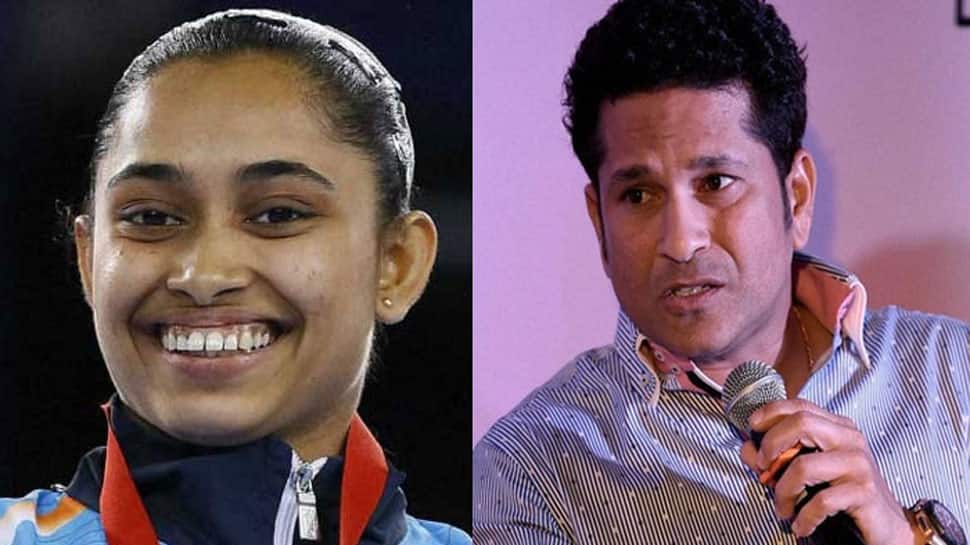 Master Blaster Sachin Tendulkar on Tuesday indicated that he was a master off the field, just as the case while playing cricket. Tendulkar responded correctly to three questions on star gymnast Dipa Karmakar, during a rapid fire session while addressing a gathering during the book launch of ‘Dipa Karmakar – The Small Wonder'.

The former Indian cricketer was asked to name the eventual winner in the women's vault finals event of the 2016 Rio Olympics, where Dipa had finished an impressive fourth. Tendulkar seemed to be struggling for a few seconds, before naming American Simone Biles accurately.

The 45-year-old legendary batsman was then asked to name Dipa's first sporting idol as a child, which Tendulkar correctly responded to by naming famous Indian weightlifter Karnam Malleshwari.

The former cricketer further nailed the rapid fire session even when asked to respond to a comparatively tougher question.

Tendulkar was asked to name the star gymnast's first International medal, with Dipa's first medal being a bronze at the 2014 Commonwealth Games in Glasgow. At the crucial stage, the legendary batsman made no mistakes, resulting in applause from the audience gathered at the event.

Dipa had earlier given the audience an indication of her knowledge about cricket, responding accurately to three questions on the 'Master Blaster' himself.

Dipa correctly named Bangladesh as the side against whom Tendulkar had scored his 100th International century, before maintaining the same accuracy in the remaining two questions.

The 25-year-old gymnast named Pakistan as the side against whom the star cricketer had made his international debut, before ending the rapid fire round with another accurate answer.