World War Two veteran Ray Woolley, who turned 96 on Aug. 28, plunged to a depth of 42.4 metres for 48 minutes, the event organisers said. 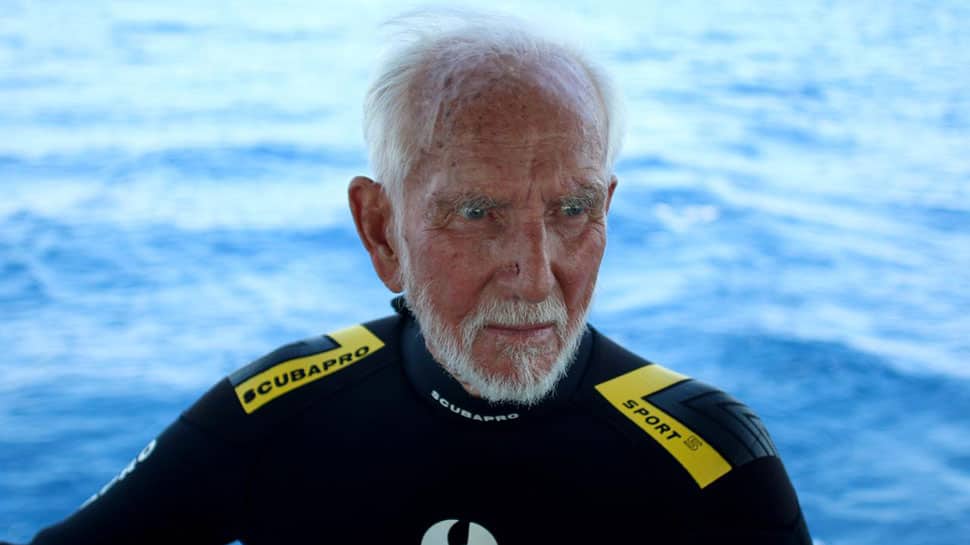 A 96-year-old celebrated his birthday on Saturday by breaking his own record as the world`s oldest active scuba diver for the third year running, plunging to the depths of the equivalent of a 15-storey building to explore a shipwreck off Cyprus.

World War Two veteran Ray Woolley, who turned 96 on Aug. 28, plunged to a depth of 42.4 metres for 48 minutes, the event organisers said. He beat his previous record of 40.6 metres for 44 minutes.

"It's just unbelievable. I`ve been diving now for 59 years and these are the sort of dives that you remember because there are so many divers with you," Woolley said, of the other 47 divers who swam with him.

"If I can still dive and my buddies are willing to dive with me I hope I can do it again next year," Woolley told Reuters after the event organised by the Larnaca municipality and the town`s tourism board.

Woolley, who lives in Cyprus, was a radio operator in World War Two. He has successively broken two previous records held in 2017 and 2018. Woolley is originally from Port Sunlight in northwest England.

The Zenobia, a cargo vessel laden with trucks that sank off of Larnaca in 1980, is a popular dive site. Underwater images showed Woolley and other divers sitting on the hull of the submerged ship as fish, and the occasional turtle swam by.

A documentary on his life, "Life Begins at 90", will be shown at the Bosnia-Herzegovina film festival in September.

"I refuse to accept the fact that I`m getting old," Woolley says in the trailer.