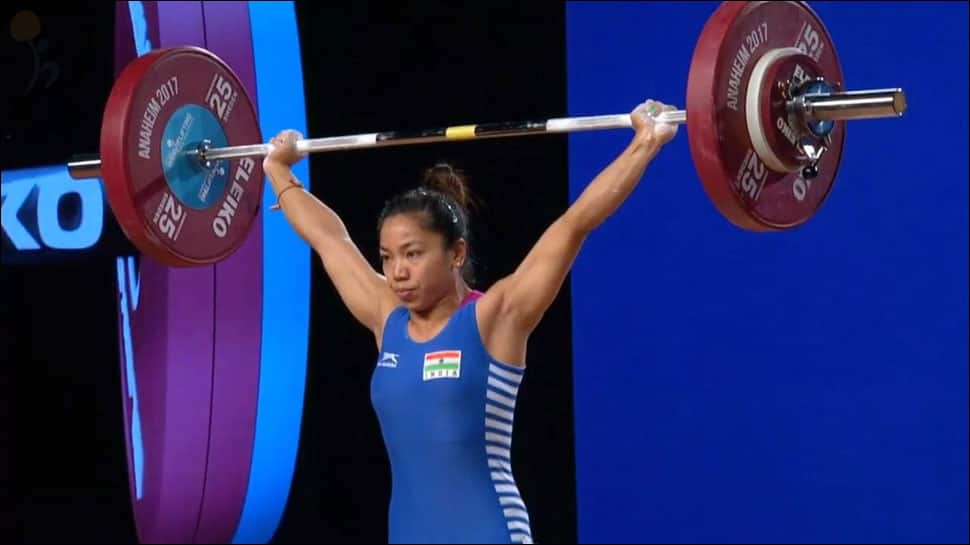 Imphal: World weightlifting champion in the 48 kg category Saikhom Mirabai Chanu of Manipur, who won India a gold medal at an international competition after 20 years, was felicitated at a brief function here on Saturday where Manipur Chief Minister N. Biren Singh presented with a cheque for Rs 20 lakh.

Biren also appealed to the lifter to accept a "suitable job" from the Manipur government.

"As the Manipur government has no resources it is understandable that prominent sportspersons of Manipur who brought laurels in international events had joined private companies, firms and taken jobs offered by other state governments. But Mirabai is requested to accept a suitable job which will be cleared by the state cabinet," Biren said.

Since most of the sportspersons of Manipur are from a low-income group we had to join some companies and firms. The money we get from such jobs is used for our food and training."

She had thus joined a private company and did not give a positive assurance on the Chief Minister's appeal.

Mirabai said her immediate target is to win a gold medal at the Olympics and that she would be proceeding abroad shortly for a training stint.