Members of the Bachchan family, including the megastar's granddaughter Aaradhya, took the rapid antigen detection test on Saturday. 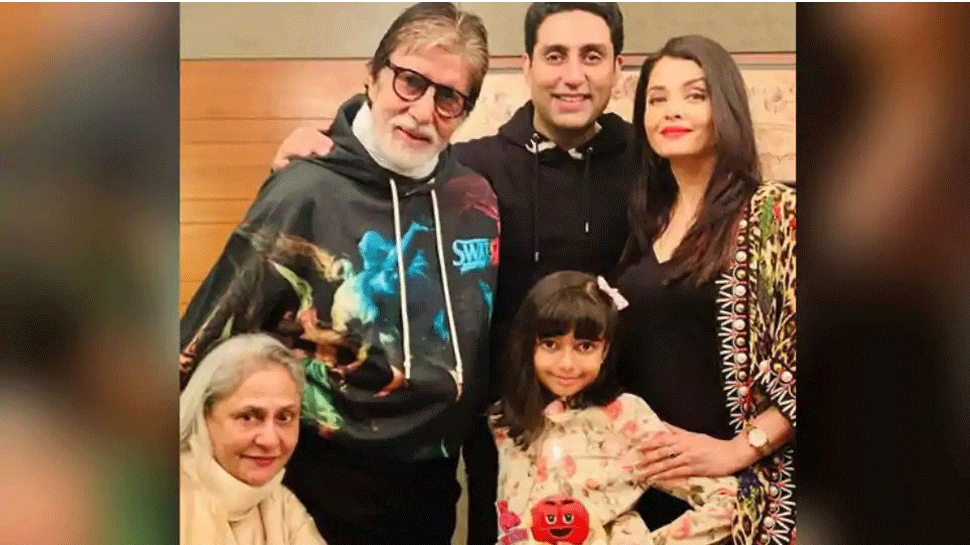 Mumbai: At least four members of the Bachchan family have been found to tested positive for coronavirus COVID-19 so far. After the latest swab test reports, it has been revealed that mother-daughter duo Aishwarya Rai Bachchan and Aaradhya have contracted the virus, BMC officials said.

With this, a total of four members of the family — Amitabh Bachchan, Abhishek, Aishwarya and Aaradhya have tested positive for the infection. On Saturday (July 11), megastar Amitabh Bachchan and son Abhishek were hospitalised to Mumbai's Nanavati Hospital after the were found to be infected with the coronavirus.

Members of the Bachchan family, including the megastar's granddaughter Aaradhya, took the rapid antigen detection test on Saturday. In the first report, while Amitabh and Abhishek tested positive, rest everyone, including Aishwarya and Aaradhya had tested negative.

However, in the final report, Aishwarya (46) and her eight-year-old daughter tested positive for the infection.

Meanwhile, Jaya Bachchan (72), Shweta (46) and her children - Nanda Naveli (23) and Agastya Nanda (19) have tested negative in their second report and are in self-isolation.

On Saturday night, both Amitabh and Abhishek had announced on social media about them contracting the infection. "I have tested COVID positive. Shifted to hospital. Hospital informing authorities, family and staff underwent tests, results awaited," Amitabh, 77, had tweeted.

Soon after his father's tweet, Abhishek, 44, wrote on social media that both of them had mild symptoms and requested everybody to be calm. In his tweet on Saturday night, Abhishek said the family was in touch with the Brihanmumbai Municipal Corporation (BMC) and were complying with the authorities.

On Sunday, a team from the civic body visited Bachchan's bungalows - Janak, Jalsa and Pratiksha for sanitisation and contact tracing. Meanwhile, the Bachchan's residence has been declared a containment zone by the authorities.