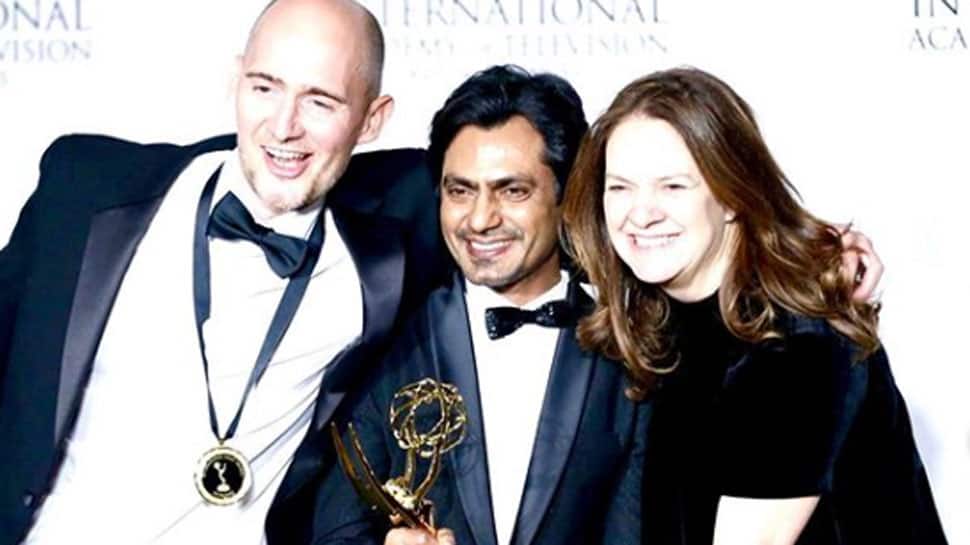 The 45-year-old actor shared a few snaps along with the cast and crew of `McMafia` and wrote, "It`s a pure delight to be receiving the beautiful winner trophy at the International Emmy Awards Gala in NewYork with one of my favourite Director James Watkins for our work #McMafia". He also congratulated his co-stars including James Norton, David Strathairn, Israeli actor Oshri Cohen, and a few others for their achievement."Congratulations @JamesNorton @DavidStraithirn @OshriCohen @MerabNindzi & the Team #McMafia @iemmys @bbc #bestdramaseries," he added.

In the pictures, Nawazuddin is all smiles, posing for the lenses along with his director James Watkins. Produced by Cuba Pictures, 'McMafia' charts Alex Godman's journey as he is drawn into the world of organised crime. The English-raised son of Russian exiles, Alex spent his life trying to escape their criminal past. But when his family is threatened, Alex is forced to confront his values to protect those he loves.At the ceremony taking place at the Hilton New York Hotel, 'Lust Stories' nominated in the TV Movie/mini-series lost to Australia's 'Safe Harbour'.

Moreover, the award for the best performance by an actor has been won by Haluk Bilginer of Turkey`s `Sahsiyet (Persona)`. She won against Radhika Apte.`The Remix`, which was India`s entry in the Non-Scripted Entertainment category, also was defeated by UK`s `The Real Full Monty: Ladies` Night`.

Meanwhile, Brazil`s `Hack in the City` bagged the trophy for the short-form series.The star-studded event is being hosted by `Daily Show` correspondent and `Crazy Rich Asians` actor Ronny Chieng at the New York Hilton Hotel in Manhattan.