Bollywood couple Abhishek Bachchan and Aishwarya Rai Bachchan will be celebrating their 14th anniversary today (April 20). Here's a look at their relationship in pictures. 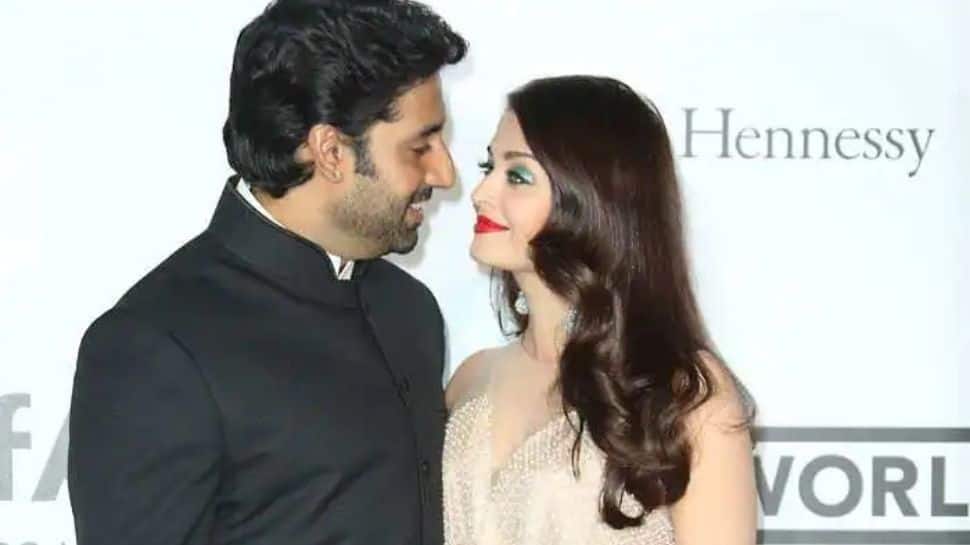 New Delhi: Bollywood star couple Abhishek Bachchan and Aishwariya Rai Bachchan who have been going strong in their marriage completed 14 years together today (April 20), and will be celebrating their wedding anniversary.

The duo tied the knot on April 20, 2007, at the Bachchan residence in a private ceremony and was blessed with their daughter Aaradhya Bachchan, who is 9 years old now.

Although Abhishek often face trolls criticising his marriage with the Miss World 1994 winner, the duo always sticks up for each other and don't let external comments affect their marital bliss.

To celebrate their long-standing love and partnership, here are five adorable pictures of the star couple:

Here's when the 'Bol Bachchan' star wished his wife and wrote her a sweet birthday message.

The socially conscious couple set up an example and urge their fans to do the responsible thing - vote!

Here's a beautiful family picture of the trio as they enjoyed the beach. Aishwarya looks stunning in her black jumpsuit while Abhishek dons a cool look with floral shorts and a blue shirt.

A throwback picture of the lovebirds when they were young, wild and free.

Abhishek Bachchan sporting his 'girl power' sweatshirt embracing all the lovely women in his life, including his best-friend and wife Aishwarya.

This illustration of the couple is the epitome of romance. The 'Guru' actor has shared this fan-made illustration on this 12th wedding anniversary and it's absolutely perfect!

The series received a mixed response from critics but the series went on to become the biggest opener of 2021.