Ajay wished the actress with an adorable post on her 45th birthday. 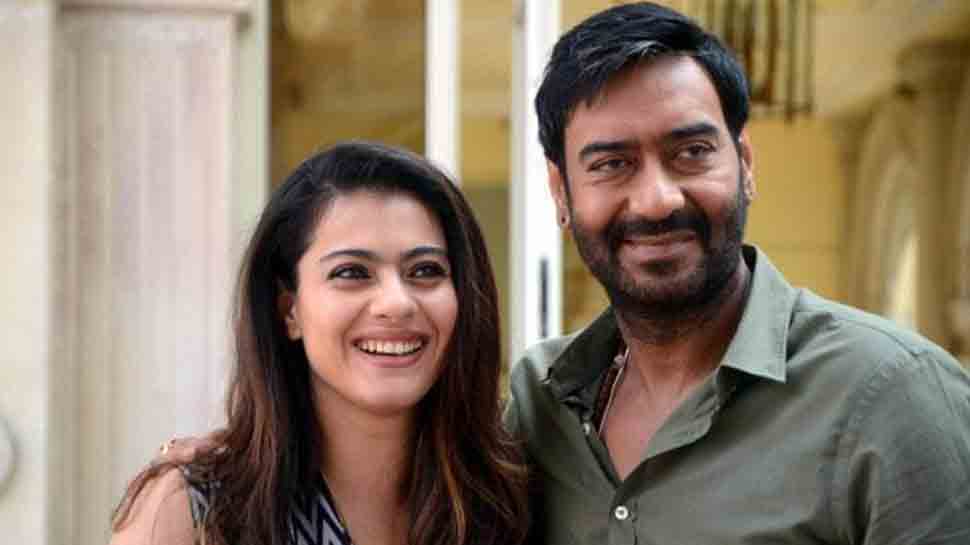 New Delhi: Quintessential Kajol Devgn turned a year older on Monday and her husband Ajay Devgn took to social media to wish the talented actress and her dearest wife with an adorable post.

Taking to Twitter, the 'Shivay' actor shared a beautiful picture of Kajol taking a power nap against a beautiful background and he captioned it, "Wake up! You do not need your beauty sleep, as yet. @KajolAtUN". While Ajay didn't mention her birthday in his post,

Wake up! You do not need your beauty sleep, as yet. @KajolAtUN pic.twitter.com/yY7KOAC2Sh

Looking at the picture, it appeared that Kajol was actually sleeping in the beautiful balcony; however, the 'Fanaa' actress was quick to clarify by writing in the comment box that she's just getting into the holiday mood. "I'm awake. Just found out Yug doesn't have school. It's holidays all around," she commented.

For the unversed, the BMC has declared a holiday for schools and colleges on Monday in light of the torrential rainfall over the last few years.

Ajay and Kajol have so far worked together in a number of films. As per reports, the duo fell in love with each other on the sets of 'Gundaraj' and after dating for almost four years, tied the nuptials in an intimate Maharashtrian wedding in 1999.

They are parents to two kids - Nysa and Yug.

On the work front, Ajay who was last seen in 'De De Pyaar De' will next feature in 'Bhuj:The Pride of India' where he will essay the character of Squadron Leader Vijay Karnik who was in-charge of Bhuj airbase during the 1971 war, which remained operational despite facing heavy bombing from Pakistan.