The 10 Year Challenge is a latest fad on social media. 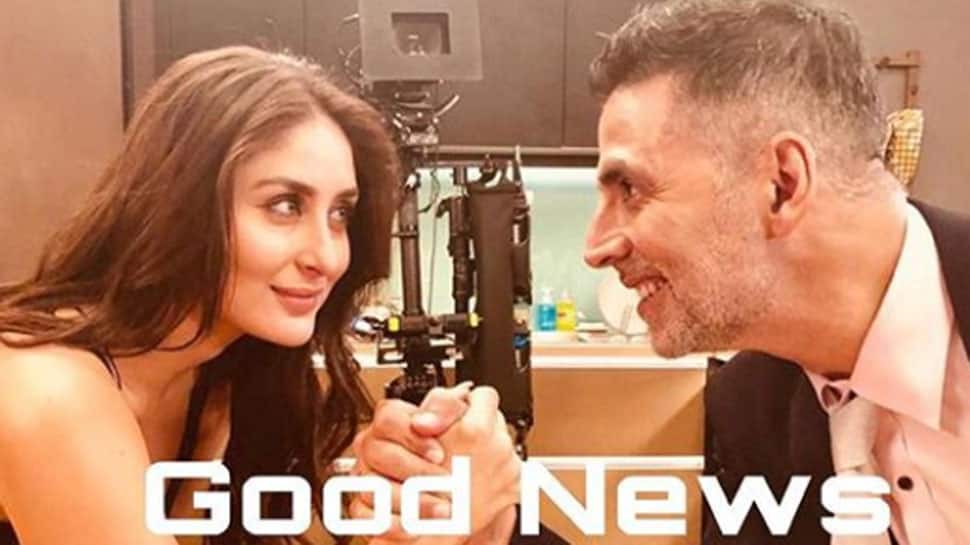 New Delhi: Superstar Akshay Kumar and Kareena Kapoor Khan have joined forces one more time and will be seen in 'Good News'. The film has gone on the floors and the shoot has begun.

Akki and Kareena on the first-day shoot of 'Good News' decided to play the famous 10 Year Challenge. The actor posted picture from their last 'Kambhakt Ishq' which released in 2009 with a recent click. He wrote: “2009 to 2019, the #GoodNews is that not much has changed, or so we hope First day of shoot it is, do send in your best wishes #10YearChallenge.”

2009 to 2019, the #GoodNews is that not much has changed, or so we hope First day of shoot it is, do send in your best wishes #10YearChallenge #KareenaKapoorKhan @karanjohar @apoorva1972 @raj_a_mehta @dharmamovies #CapeOfGoodFilms @shashankkhaitan

The 10 Year Challenge is a latest fad on social media which is often used with a hashtag as #10YearChallenge and users are sharing their decade old pictures from 2009 with the latest 2019 click.

So, not just your friends and connections are hit by this new challenge on social platforms but also several Bollywood celebrities have posted their old and new pictures with beautiful captions.

From Bipasha Basu, Sonam Kapoor, Shilpa Shetty to Karan Johar, Shruti Haasan, Daisy Shah amongst a bevy of stars have not shied away from sharing their old snaps on the public platform.

Meanwhile, 'Good News' is directed by Raj Mehta and will release on September 9, 2019. It stars Akshay, Kareena, Diljit Dosanjh and Kiara Advani in lead roles.