Kareena and Karisma’s parents Babita and Randhir were also present at the celebration. So were Alia’s mother and sister Soni Razdan and Shaheen Bhatt. 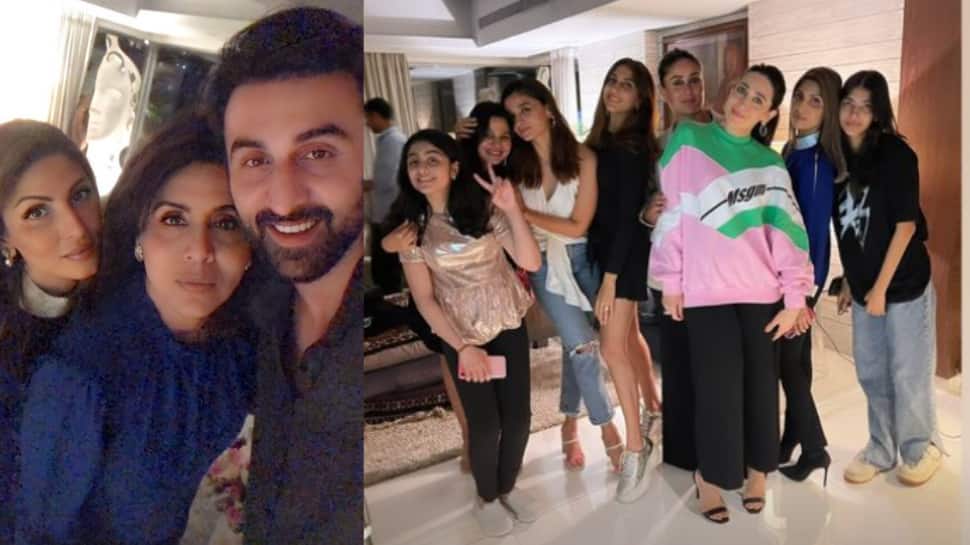 In the beautiful pictures shared by Neetu’s daughter Riddhima on her social media account, we can see Ranbir Kapoor with girlfriend Alia Bhatt, cousins Kareena Kapoor Khan, Karisma Kapoor, Adaar Jain among others.

Kareena and Karisma’s parents Babita and Randhir were also present at the celebration. So were Alia’s mother and sister Soni Razdan and Shaheen Bhatt.

Birthday girl Neetu Kapoor can be seen twinning with Riddhima and wearing a navy blue top. Kareena, who delivered her second baby a few months ago, looked gorgeous in a black bra top paired with black pants. The actress layered her look by wearing a cream blazer. Karisma Kapoor opted for a comfy sweatshirt which she dressed up with black pants and heels. 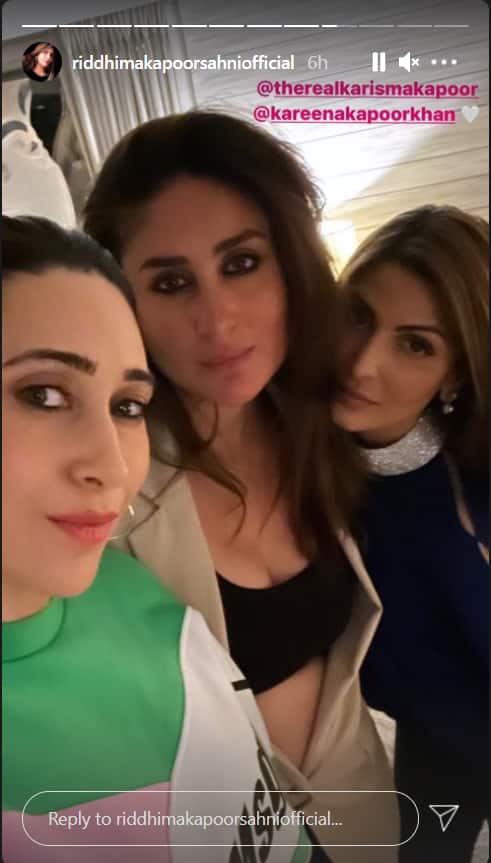 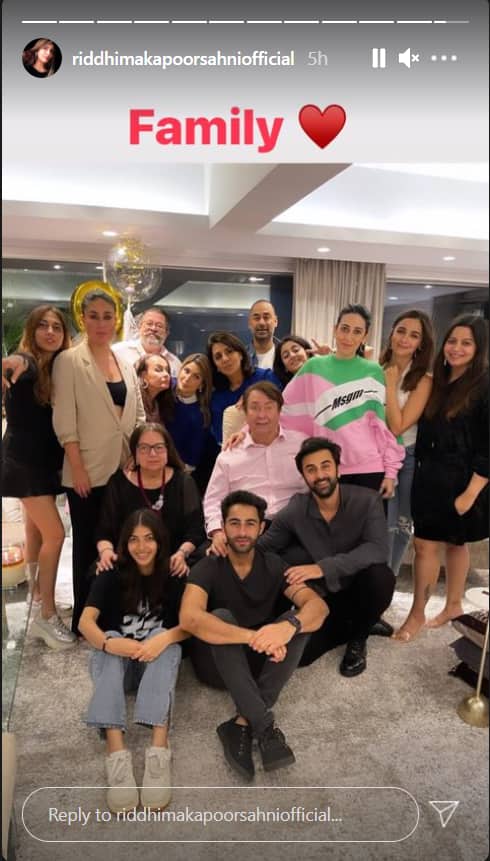 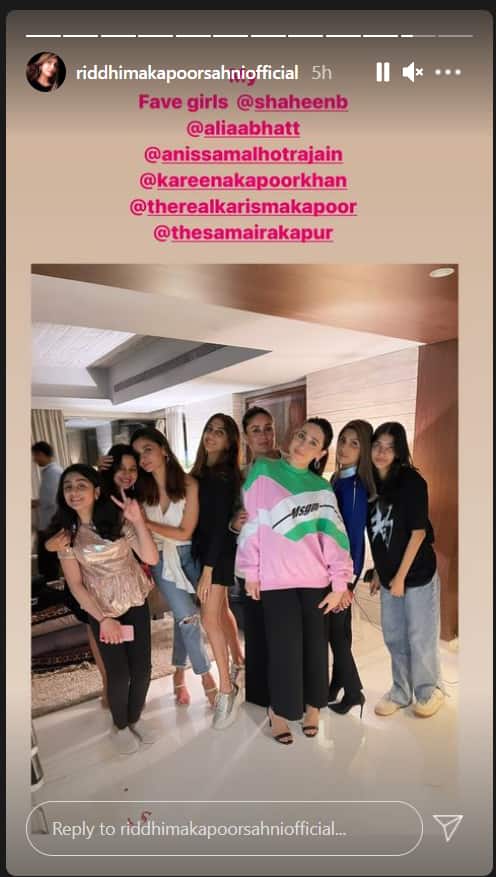 Earlier, Ranbir was spotted paying a visit to late legendary actor Dilip Kumar who died at the age of 98. Neetu, Kareena, Karisma and Alia also paid their respects to the late actor through their Instagram accounts.