The video has gone viral on social media as netizens are loving it! 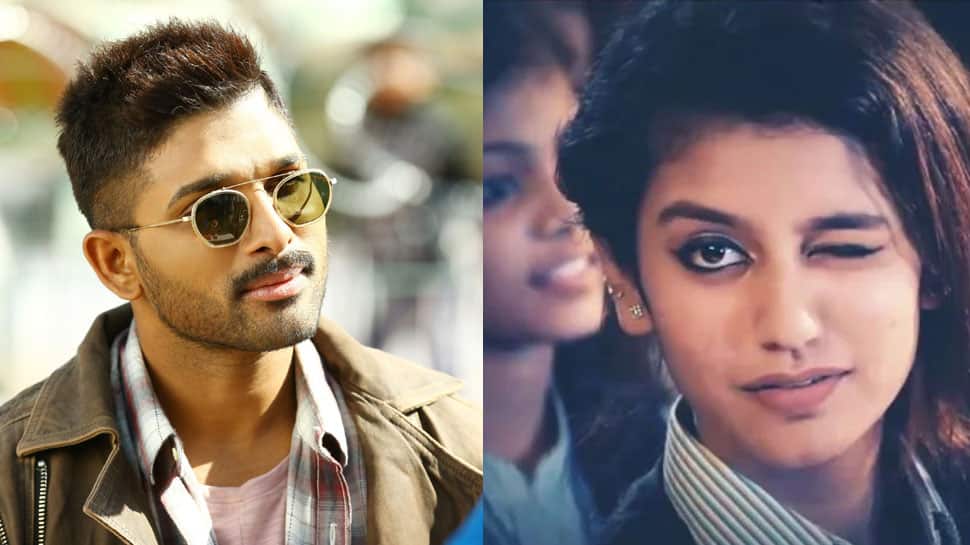 Allu Arjun was present as the special guest on the film promotion event and that's where the famous 'wink' was recreated. Oh yes, he did it! The Telugu superstar was standing on the stage with the makers and the entire star cast of the Malayalam hit.

The video has gone viral on social media as netizens are loving it! A fan club shared it on Twitter. Watch it here:

what's even more interesting is the fact that 'wink' girl Priya Prakash Varrier was also standing on stage along with co-star Roshan Abdul Rahoof and enjoyed the whole act.

Priya got her instant fame after a small clip from her debut Malayalam film 'Oru Adaar Love' went viral a few months back. It was a clip taken from the song 'Manikya Malaraya Poovi' where She got the big thumbs up from the viewers for her expressions and her 'winking' act won many hearts.

Sapna Chaudhary has a special plan for Valentine's Day—Deets inside