In the recent shared video, Ankita Lokhande and Sushant Singh Rajput can be seen chilling with a friend and the trio was seen discussing about their upcoming plans for the future. 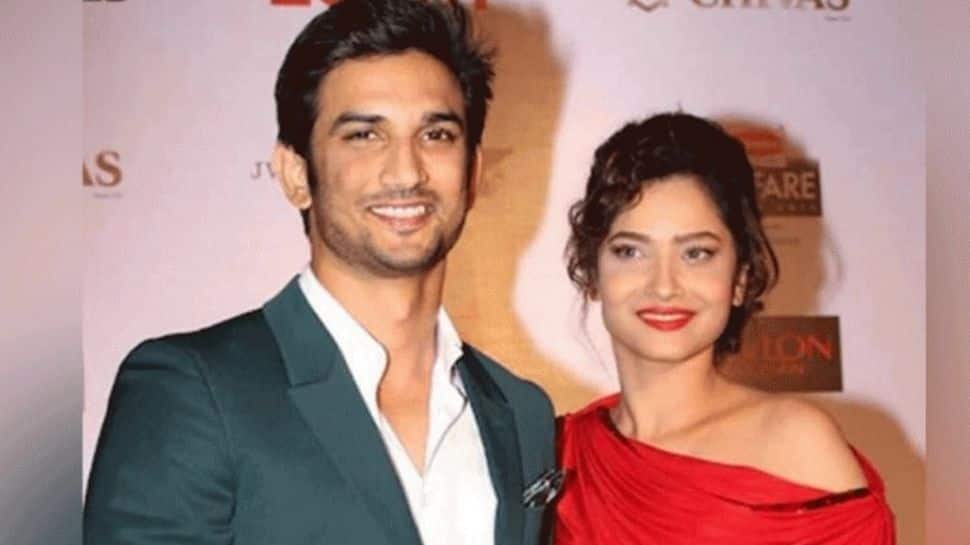 New Delhi: It's been a whole year since Bollywood actor Sushant Singh Rajput left us for his heavenly abode on June 14, 2020. However, his friends, family and fans are still reeling from his sudden and tragic demise. They're all keeping him alive in pictures and memories, hoping he's finally at peace now.

On the actor's first death anniversary (June 14), actress Ankita Lokhande has been sharing beautiful memories along with her former beau on her Instagram handle since morning on Monday, June 14, 2021.

In the recent shared video, Ankita and Sushant can be seen chilling with a friend and the trio was seen discussing about their upcoming plans for the future.

Sharing  a beautiful note along with the video, Ankita wrote, “14th June
This is who he was !!!
Thankyou Sushant for your part in my journey
See you again till we meet again
Phir milenge chalte chalte
Good bye..”

In the video, Ankita can be seen praying with Sushant and also wishes for everyone’s bright future.

She also shared another video, in which the duo can be seen twinning in a black colour outfit. The cuties were seen dancing with each other and were madly in love. The video was shot on the occasion of Diwali in the year 2011.

Sharing the video, she wrote, “Left with these memories only.
U will always be loved and cherished
Diwali 2011..”

Ankita Lokhande and Sushant Singh Rajput made their television debut as leads in Balaji Telefilms' 'Pavitra Rishta'. The two dated for about 5-6 years before parting their ways and breaking a million hearts of their fans. She is currently dating beau Vicky Jain.