On Friendship Day (Aug 1), actress Ankita Lokhande took the time out to share appreciation posts and happy memories with her friends on her social media. 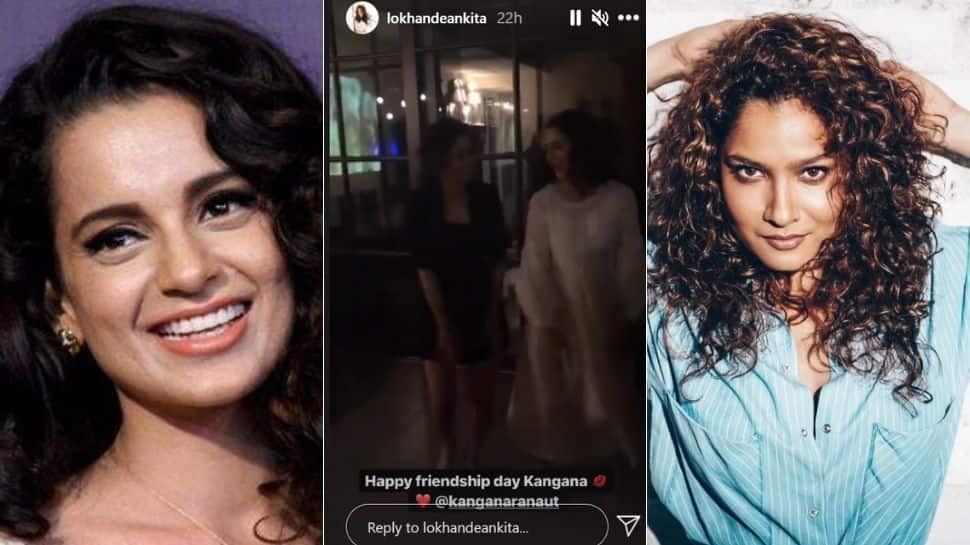 New Delhi: As the world celebrated Friendship Day on August 1, actress Ankita Lokhande also took the time out to share appreciation posts and happy memories with her friends on this day. One special mention that stood out was her adorable wish for B-Town stunner Kangana Ranaut, her co-star in the film Manikarnika.

Lokhande had taken to her Instagram stories and posted a video of the two divas shaking a leg together to their film's popular song Nanjukku. In the video, Kangana is seen wearing a white, baggy dress while Ankita dons a stunning black dress. The two besties seem to be having the time of their lives together!

Check out a glimpse of the fun video: 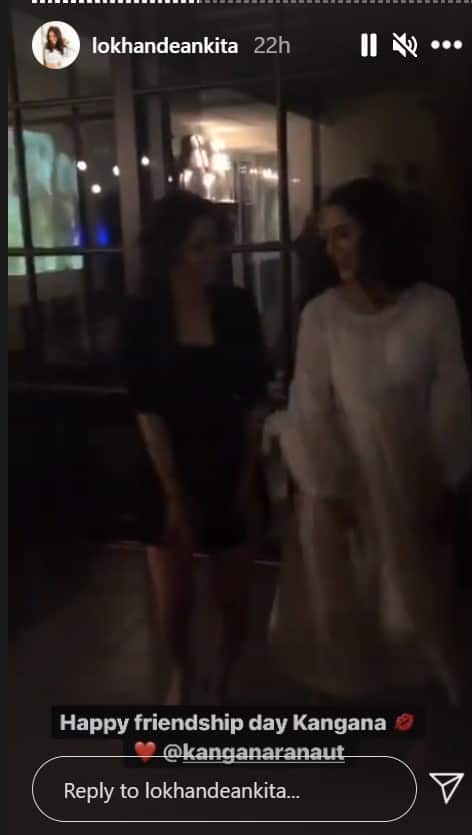 Ankita is currently filming for Pavitra Rishta 2 and fans are super excited about what the show has in store for them.

Earlier this year, on June 1, the show had clocked 12 years - a huge milestone. The show, created by Ekta Kapoor, revolved around a married couple, Manav and Archana. The two became household favourites as their 'jodi' was a big hit! Sushant Singh Rajput, who had played Manav earlier, and Ankita Lokhande even dated in real life during the show.

However, their relationship ended after a few years of dating each other.

On the other hand, Kangana will next be seen in A L Vijay’s biopic on late Tamil Nadu Chief Minister J Jayalalithaa Thalaivi and Razneesh Ghai’s action-thriller Dhaakad.

Mandira Bedi is all smiles in fresh post and the reason will surely make your day!